Competition closes in 20 days, 10 hours. Get details and Enter. 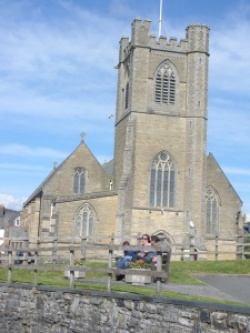 This faded slab stands to commemorate

David Lewis of ‘The Conqueror’ late

A Montgomery man ‘The Old Commodore’

Who served under Nelson in times of war

Then as a harbourmaster in peacetime

A grand old seadog not far past his prime

Here in Aberystwyth he lived and died

His watchful eye always on the tide

In this peaceful town on Cardigan Bay

He dropped anchor and would not sail away

Keeping watch each day from the castle walls

Weary of gunpowder and cannon balls

In sight of the sea, he wanted no more.

You can find more of my poetry including some videos by searching for my name DAVID SUBACCHI on line.