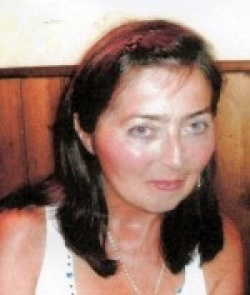 We've asked Helen Shay to send us reviews from the Edinburgh festival and here's her first:


Helen Burke - 'Poems Just Want to Have Fun' Venue 260, Jury's Inn, Jeffrey St 3pm
Helen Burke (pictured) is well-known in the York area, particularly through her participation in the 'Flaming Poets' group.  At the Fringe, she is going solo and doing it very well.  Her poems bubble with mirth, as the title of the show suggests, but have a wry, ironic depth beneath the laughs and smirks - whether delivered in  Brummie accent and recounting civil servants queueing up to get parts as extras in a film (set in India via Smethwick) or being a fly on the wall at 'Poetry Big Brother', calling Lord Byron to the diary room and leaving Coleridge to deal out the opium and win outright.  A little out of place came two Christmas poems (this is August in Edinburgh!), but overall the performance was relaxed, entertaining and stimulating - quite an achievement as unbeknown to many in the audience, Helen suffers from severe arthritis and (other than when standing to perform) now has to use a wheelchair.
3 stars for this show!

◄ Welcome To The Overdrive Sessions