Competition closes in 20 days, 11 hours. Get details and Enter.

OUT OVER THE FIELDS 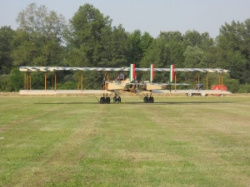 OUT OVER THE FIELDS

Out over the fields a pair of crows circle and dive amongst the hedgerows and green grass.

A watery sun casts its watery face through the spring clouds as the birds disappear from view.

Eighty years ago it was a similar story as two manmade hawks of the air battle to the death; the fields aren’t green but a shell-holed hell with muddy trenches filled with wretched men.

Soon the burning Albatross smashes to earth, its pilot shot through the head – dead.

Back today the lost warplane still lies buried in a timeless image of death, as crows fly overhead, to freedom.