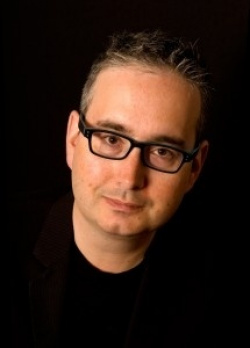 An independent press with a strong focus on poetry is being forced to look at new sources of funding, after losing all its £30,000 annual cash support from a private backer “with immediate effect”. Eyewear Publishing has reacted by setting up a crowdfunding initiative and is appealing for help from the poetry community.

Eyewear’s Todd Swift said in his blog: “Eyewear Publishing was informed on Friday that 100% of its funding was to be cut with immediate effect.  We have been fully privately funded for 2012 and 2013, and were expecting this to continue, as originally promised, until 2016.”

He added: “Early reports that Eyewear was dead are false. We have no debt. We have enough money in the bank to bring out six more books. Then we fall off a fiscal cliff.”

Swift has reacted by setting up a crowdfunding campaign for a forthcoming anthology of poetry about religion, faith and doubt, and plans to make share options available, to create a money-saving book club, and redouble sales efforts.

He added: “Eyewear today is a much poorer company than it was last Thursday, true, because it isn’t getting its 30k funding this year from its ex-patron.  But it may just be richer in that it is now unfettered, and free to go out and sell itself to the world.”

As part of its “the show must go on” reaction, Eyewear is still running its £1,400 Melita Hume poetry competition for young poets this year. The free-to-enter contest also means a publishing deal with Eyewear for the best first full collection of a young poet writing in the English language, aged 35 or under. The deadline is 31 March. More details

Firstly, let me thank you David for your kind support. Secondly, in response to M.C. Newberry, the reason for the funds being withdrawn are sad - the patron lost their additional funds on the stockmarket last year. Eyewear's business model was and is sound, and this is why new investors are coming to us with interest. Regarding age-restriction, Eyewear publishes poets of all ages, including Elspeth Smith, in her 80s.

well one cannot trust a private founder, but it takes guts to try to keep afloat poetry publishing

I have nothing but admiration for the courage &
commitment of anyone who is prepared to provide
tens of thousands of pounds per annum to any
small business. One wonders about the reasons
for its withdrawal. Business - publishing or otherwise - is business!
If the latter is now freed from constraint or
obligation that this might have imposed, then
good luck to its future successful endeavours,
whatever age or subject it is interested in.
Personally, I have my doubts about age-restricted enterprises in the areas of writing
and the arts in general. If it is good enough,
why should age be an arbiter of acceptability.

The books are beautifully designed/printed and the list is interesting (so I've helped).