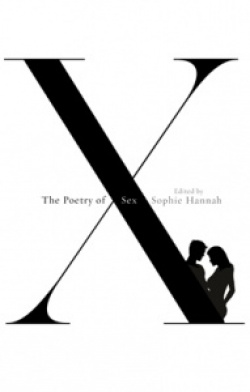 Like other anthology compilers before her, editor Sophie Hannah sought help from the Poetry Library in putting together her selection. The Observer reports, in a piece laced with puns about “coupling in rhyming couplets”, that the Penguin anthology, The Poetry of Sex, taking in Wendy Cope and Carol Ann Duffy, as well as Andrew Marvell and Shakespeare, will be published next month. Hannah is quoted by the Observer as saying: "I am not sure why, but it is easier to write well about sex in poetry than in fiction. Perhaps it is because we want sex (ideally) to be anything but prosaic.” She adds: "We could probably also have a bad-poem sex award … because it's a tricky thing to write about.”  Hannah has published five collections of poetry. Her fifth, Pessimism for Beginners, was shortlisted for the TS Eliot award in 2007. She is also the writer of bestselling psychological crime fiction, most recently The Carrier, and her novels have been translated into 24 languages. Born in Manchester, she now lives in Cambridge with her husband and children.

Prole seeks poets to put together in joint collection ►