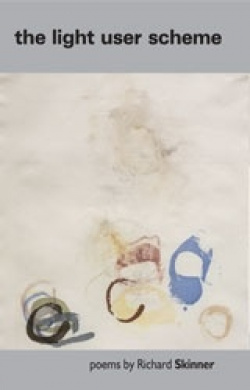 This interesting book of poems deals with excerpts and extracts that form the basis of ‘the secret springs of action’, as one of the pieces is entitled. People caught in mid-thought, mid-step, mid-dream, mid-loneliness:   "‘the day after she left him, he lay on his bed" (lupus street); "the difference between what used to be and is no more" (muzique mchanique).

The open and evocative language contains no mysteries for the inexperienced poetry reader to trip over, and yet in apparent simplicity there is depth, and sometimes a transcendent beauty:   “He held his child and looked at her face/Cool and distant, like the moon from the earth” (calf).

The book’s epigram is a quotation from the Russian writer and critic Viktor Shklovsky: Poets are more concerned with arranging images than with creating them.  Life is already there, waiting for the poet to snare it on the page.

These poems must be remarkably difficult to write since – in haiku-esque style - they must encapsulate something of profound meaning in just a few lines each.  Rather in the style of Hilda Doolittle (HD) and the Imagists, Skinner leaves himself no room for sketching in details of character or narrative development – the image has to do the work of all. “She sits watching the snow fall/silently on the mountains.” (the crush).

A particular strength of this author is that he doesn’t fall into the trap of trying to “finish” the poems with punchline endings or exposition, but leaves the ending open to speculation and further imaginative input by the reader. Frances Spurrier