Competition closes in 14 days, 14 hours. Get details and Enter. 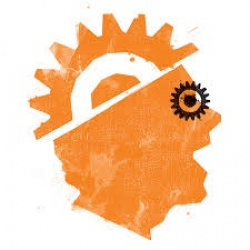 Please don’t film me I don’t wish to be

Connected infected much rather rejected

than play any part in your puerile

so called immediacy or Art.

for anything goes from delivering weak prose

Taboo we may as well strip and replace it with sick

that’s what they say the youth of today

when describing things they consider slick

You see Kubrick got it right

when he let Alex fight

high art, a magician in flight

tried to show where youth

could go, stylised the exaggeration

of self not this crass excuse for reality

I don’t want to watch me

I want the greats not some spotty

herbert on skates showing me his estate

do you know who I mean?

How can anything good,

of worth ever rise

If you all reach for the sky

trampled beneath so many feet

buried in shite something truly

bright ever see the light

You tube generation is that it?

Is that all you’ve got

that’s not art I could do better farts

another excuse for attachment.

It’s a bloody phone it’s not

existential no more than a pencil

your freedom of expression

has become my oppression

don’t try to make a star out of me

◄ Never For Ever

Moody,angry,razor sharp comment runs all through this poem.Great stuff Mate!