The Palace of Oblivion, by Peter Davidson 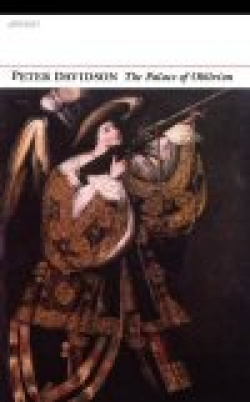 ‘Lady of cultured pearls, fictitious skies, real shit:’
So goes the opening line of the first of a suite of poems, The Palace of Oblivion, which lends this collection its title. It’s a lofty conceit invoked by a contradictory, bathetic statement, but by introducing the collection in this way, Peter Davidson draws attention to the artifice of his poems and demonstrates a simultaneous awareness of reader expectations and the spectre of sincerity. These aren’t always wholly serious poems, nor are they of the ‘here and now’; they are poems of the museum, leading the reader through frozen worlds inhabited by dusty obelisks, catafalques, brocades and basilicas. In a sense, the poet has constructed a series of elaborate artefacts which as alien to the modern world as the era it eulogises.
As disorientating as it may be on first encounter, Davidson is a writer very much at home in this baroque world, adopting intermittently a waltzing anapaestic rhythm and lending his poetic voice a wistful lilt, and writing confidentially in liturgical lines that extend well beyond the constraints of mere hexameters or ‘fourteeners’: in some cases they almost overflow the page with their opulence.
Yet it would be hard to imagine ‘Prologue: Speeches of the Sovereign Lady Melancholia’ written in any other manner: the long-lines are appropriate to the invocations and monologues they bolster, and often allow the lucidity of Davidson’s imagination to unfurl at its leisure, conjuring such vivid images as this twilight river scene from ‘Returning at Evening’:

‘In this hour of visitations, troubled with glimpses and warnings
The distances constellate in lights, beyond the flares of the bridges
And all the avenues end in wastes of darkening water:’

This style is less effective when it adopts a narrative bent in, as in ‘A Choice of Emblems’, which drags in spite of its intrigue and detective-story atmospherics. Another complaint would be that the recurring motifs of dust, light, glass, snow, water and silence in the collection’s title-suite become repetitive, and weigh down the collection gradually over the first half of the book. There are points when the poems felt over-crowded by the myriad antiques and in need of a spring clean of sorts.
I found the remaining two sections, ‘The Spy’s Letters’ and ‘Aberdeenshire Elegies’ infinitely more rewarding and capacious: here, Davidson tones down the use of baroque set-pieces and adopts a convincingly enigmatic tone in the former and divests himself of poetic personas in the latter. The poems that stand out from these sections show Davidson at his most evocative. In ‘The Englishman’s Catechism’, the answers his spy gives in response to questions such as ‘What lights your travels?’ are delightfully impressionistic (‘..’), and in the collection’s closing poem, ‘The Winter’s Night’, Davidson is able to leave the reader with a sentiment so direct but restrained as to be genuinely affecting:

‘You light snow-lanterns in the greatest cold,
So that one flame, refracted, lights a garden:
This is an emblem of all that you do.’