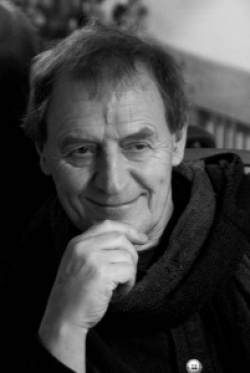 The profanities and racial epithets in Tony Harrison’s poem, v., were described as a torrent of filth by tabloids when it was broadcast on Channel 4 in 1987. Now you can hear it again on Radio 4 in a newly recorded reading by the poet. Blake Morrison’s introduction will reflect on the poem, its contemporary resonance and the furore it caused, which had Tory MPs, the Daily Mail and Mary Whitehouse foaming at the mouth. The real obscenity, according to Independent journalist Suzie Feay in an article last October, was the occasion that sparked the poem: a visit to the Leeds cemetery where Harrison found his parents' grave sprayed with the words "fuck" and "cunt", the work of football hooligans.

The poet had already courted controversy when he famously ruled himself out of the poet laureate shortlist in 1999, by publishing an anti-royal poem called Laureate’s Block, in the Guardian, including this extract:

"free to write what I think should be written
free to scatter scorn on Number 10,
free to blast and bollock Blairite Britain,
[and alliterate outrageously like then!]"

He sounds like Write Out Loud’s idea of a poet laureate.

Born in Leeds in 1937, Tony Harrison has been described by Blake Morrison as "one of the finest poets in the English language", though he is perhaps better known as an award-winning playwright and translator, his work appearing often at the National Theatre among many others.

The poet's new recording of v. will be broadcast on 18 February at 11pm, prefaced by warnings and "lots of signposting", according to the BBC. It is one of a range of poetry events in 2013 as part of Radio 4's Year of Culture. We shall offer a review of the broadcast too, so watch these pages so you can add your own twopennorth.

With thanks to Dinah Wood of Faber and Faber, and Tony's agent, Gordon Dickerson.

Sorrow and joy: a pilgrimage to the grave of Sylvia Plath ►

For those who won't (for whatever reaon) be able to catch the poem on Radio 4, it can nbe found here:

I admit to not being familiar with the work, until reading it on the above site. Having read it, yes, there are profanities - but they are there in the form of reportage, and not at all offensive to my ears. I don't see the poem's purpose as to offend in any sense, but simply to record and comment on Harrisons own experiences and view of the world. Much of it is relevant to today's broken (and definitely not BIG) society. It's a clever, crafted poem, it's a long poem, it's a rhyming poem (is that a swear word these days?) and all the more skilled and eloquent in that in such a long work none of the rhymes are forced. Exponents of rhyme can learn much from Harrison's techniques in construction and especially enjambment. Anyway, what I am I waffling on about? Go read it for yourselves . . .

According to the Bloodaxe website, Mary Whitehouse described it as a work of "singular nastiness", which, despite her reputation being revised a tad in recent years, says much more about her than Tony Harrison, I'm afraid. Times have changed. I doubt there'll be the same fuss about the four-letter words this time around, given the reporting of the industrial language and worse used by the nation's top footballers. I suspect the fuss then was partly and party political. It was written around the time of the miners' strike. Hopefully it can now be considered purely for its artistic merit. http://www.bloodaxebooks.com/titlepage.asp?isbn=0906427975