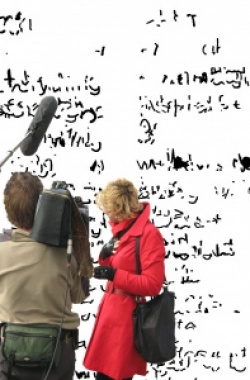 Philip Davenport's new poetry book about everything will be launched on Friday 30 January 7-9pm at the Chinese Art Centre 7 Thomas Street Market Buildings, Manchester, M4 1EU. Refreshments will be served. The book will be on sale on the night for a special preview price of £9.99

about everything is an elegy for potentates and mass-production, it was constructed from a yearsworth of newspapers, reordered and reshaped. The names of ancient dictators - high-ranking officials from Rome, Russia, the medieval church - replace our contemporary Presidents and celebrities. As the poem progresses, words are replaced with zeroes, holes. The book is illustrated with photographs throughout and contains fragments of a sound score by Ben Gwilliam.