Such misery - in Goole, Hull and Wigan 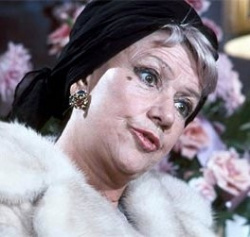 Had a long dark night of the soul last night as I worked to extend my epic poem 'Thirteen Weeks of Gut-Wrenching Misery in Goole'.

The poem in its original form and length (259 lines) is published in the internationally-acclaimed literary mag The Scunny Onion – supported by Scunthorpe Council.

Last night I added sequences based on my time in Hull, and a prologue about my vile experience of growing up in Wigan. I was a foundling, discovered on the steps of the Tudor Hotel on a bleak midwinter morn in 1957.

Anyway, after burning my supplies of oil well beyond midnight I did finish the poem  – and it is rightly regarded (by me) as the pinnacle of my writing career.

It took a Herculean effort to rewrite sections of the original work and to elongate the whole. To help me through the emotional upheaval involved I consumed THREE bottles of Carmenère, a creamcracker butty and THREE Cadbury Twirls!

I tell you, I’ve put EVERYTHING into the poem – including the many times my heart has been broken.

Also, I don’t think I could have emerged undamaged from last night’s pounding of the keyboards without playing ALL my Dorothy Squires records. Inspirational – especially ‘I’ll Be Walking Behind You (On Your Wedding Day)’. Dorothy (pictured), I hope I meet you in Heaven one day.

I need also to thank the Dungarees Creative Writing Collective of Salford for the immense patience showed to me and my ever-changing moods after they agreed to workshop the original poem with me over a two-month period. I am HAGGARD with gratitude, gals.

The completed poem (568 lines) will need no further revision. It is now called ’Thirteen weeks of misery in Goole, a poor respite in Hull – and still blaming Wigan’.

I shall give the work its world premiere at the Bards poetry night,  Magazine pub, Magazine Brow, New Brighton, Wirral CH45 9LB, this coming Monday 14 January.

IRONY ALERT!! OK, I WAS KIDDING about all the above - except the bit in the preceding paragraph about the Bards poetry open-mic taking place at the Magazine pub this coming Monday – following on from our Christmas party, which attracted a record attendance of 40 poets.

Truth is there’s hardly any miserable poetry at the Bards. If you want misery and disgruntled bitching please go elsewhere.

But if you want to be entertained (particularly by satire), uplifted, inspired and in good company for the night, then come to New Brighton on Monday  (14 January), starting 8pm.

The MCs are me, Steve “Cheeky Monkey” Regan, and Dave “The Accountant” Costello – the drollest of comedy acts.

◄ To the end of the territory!

Truth often comes in drag - as a paradox ►

Oh! I didn't know about Janet or John.It is such a shock Isobel. They both supported WOL at the Howcroft coming over from Wigan in all weathers.
I also have fond memories of Janet,we once got lost one evening,driving over the hills to WOL at Hebden Bridge,finally arriving in fits of laughter,that was Janet always a smile for everyone. She will be missed.

"If you want misery and disgruntled bitching please go elsewhere.

I'd agree with your comments re Janet Ramsden - it really upset me also. Thanks for remembering her. All anyone can ask, is to be remembered. Shame you missed our memorial Tudor night - for Janet and for John Clays.

Can't make your Monday Bards but will try to get along to summat soon. Hope it all goes well you mad lot.x