Impressions of London in 1997 (Chants from Walkabouts - 5) 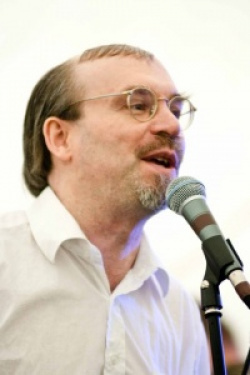 Cabs all uniform in their shape.
Good galleries make one gape.
Hard-going people on the move -
Things matter much in this groove.

About the weather lots of moans.
Solicits stuck on pay-phones.
Summer weather - not bad, I’ve felt.
Lads giving a ball a belt.

Real estate is worth so much -
Tenants’ rent sky-high, as such;
Nice stocky buildings all around -
Will some have to hit the ground?

Beaut. looking girls from many lands -
Grace gone for capital plans;
Polite folks, from many cultures,
Do become money vultures.

Veiled women in platform shoes.
High-street beggars in the blues.
Privacy here costs so much -
Partnerships suffer, as such.

See movies and shows from way back;
Of good music there’s no lack;
All-day breakfasts at the good pubs;
An abundance of nightclubs.

Floating pubs on the River Thames,
And its bridges - real gems;
Both ways, here, the water goes -
Still in range of tidal-flows.

Children, at park lakes, feed the ducks,
Or watch squirrels take some nuts.
Into ponds, weeping willows sag.
Sharp attacks on those who lag.