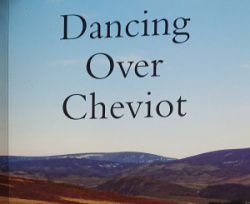 I first encountered Noel Hodgson’s poetry in a shop in Wooler, in rural and wild north Northumberland. We had driven to the area in search of red squirrels, and had succeeded in spotting a couple. Afterwards we toured the small town, and I spied Noel’s three poetry books among the racks of local tourist guides. I bought his first collection, Below Flodden, its title a reference to the grisly battle between the Scots and the English not far up the road, and soon realised that his poems would provide a wonderful lyrical guide book to my new, adopted county.

I quickly became so captivated by his poetry that I decided to write this article, and got in touch with Noel, who kindly sent me his other two collections, Dancing Over Cheviot, and A Grand Land.

Noel is not what you’d call a ‘professional’ poet, even though I understand his books have sold well in Northumberland. And so they should – quite part from the quality of the poetry, they are high-spec publications, and accompanied by understated, black and white photos. As his Amazon biography tells you, Noel comes from a farming family. He taught PE and drama in Wooler for 35 years and still runs exercise classes in the area. He has also written a historical novel, Heron's Flight, based on the battle of Flodden, and two Western stories, Tom's Trail and The Medallion, and a manual on teaching gymnastics and movement in primary schools. 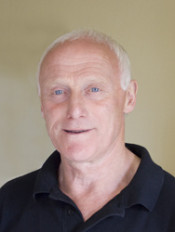 But back to his poetry. In a very informative afterword to his first collection, Noel says this: “In my poetry there is, hopefully, an almost physical presence of place, as well as a knowledge which only comes from personal experience. Each location, on a particular day, and in its own way, left a lasting impression which stirred my imagination.” Here’s an extract from one of his poems about Flodden, which reflects an atmosphere, rather than the actual battle itself: “Ancient river,/ Between its banks / The blood of fighting generations / Drained from the land. / The water moves, / Reflects the sky / And the ghosts / Of many faces.”

‘Skirl Naked’ is a poem about the aftermath of Flodden, and the guilt and unease of one English soldier. Another, ‘Branxton Field’, where is the battle actually took place, focuses on a defeated Scottish fighter fleeing the scene and being pursued by the English, “howling as they close in on him, / No less a man than his dead king.”

Other poems are composed in simple language, with detailed observation, affectionate sketches, and often work in a painterly way. Each poem benefits from a few, brief words of explanation below it. ‘Lindisfarne’ is partly about the threat from modern-day tourists; ‘Blawearie’ is a lyrical look at an abandoned dwelling, and its history; ‘Jack Douglas’ pays tribute to someone who worked on the same farm for over 50 years.

In ‘Breamish Vale’ Noel says that “once more I am astounded by this body / Of land; its firm, gentle edges, its slow / breath of space and silent heartbeat”; while ‘Rimside Moor’ imagines a conversation in a lonely old coaching inn, on an old road to Edinburgh haunted by highwaymen, close to where we now live.

He is unsure about seeing more windfarms “like border invaders” on his beloved hills. And in his second collection, Dancing Over Cheviot, Noel takes issue with the modern design of a bridge over the river Aln at Lesbury, close to the route of the East Coast railway line, “its loops of steel like a fast-food logo”. Many old beautiful bridges in Northumberland sit alongside their more functional replacements. But I absolutely agree with him on the Lesbury one, and wonder how it ever got permission in the first place.

Noel is also interesting when talking about his poetic style, generally preferring rhythm to rhyme. In Dancing Over Cheviot, he acknowledges: “Although rhyming poetry is popular, I don’t find myself fully drawn to it, despite the good-natured criticism of friends who are. For one, it’s not as simple as it looks and, secondly, a rigid structuring of lines tends to inhibit the scope of my writing that free verse allows. I suppose, in a way, it’s the ‘song’ of the words strung together which attracts me – the rhythms more than the rhyme.”

In an email interview with Write Out Loud Noel said of his enduring fascination with Northumberland: “It’s rich in history and has an aura that fascinates me. Throughout my life, I’ve wandered and wondered through it (mainly north Northumberland) My writing is a personal act of praise for people, places and events that I know about, and wish to sketch in memory. I’m delighted for its use as a guide, highlighting places for locals as well as visitors.”

Noel continues to keep very busy. He has three speaking dates early in 2023 in local village halls. And, as well as finalising a novel set on a Northumbrian farm in the 1960s, after a gap of 10 years, another poetry collection is on the way. Look out for Stovies on Monday. As for me, I know I will continue to consult Noel’s poetry as I explore this wonderful land that is now my home.

You can find Noel's creative output on Amazon

◄ Brian Bilston's poetic guide to Christmas ... as we wish everyone happiness and health!