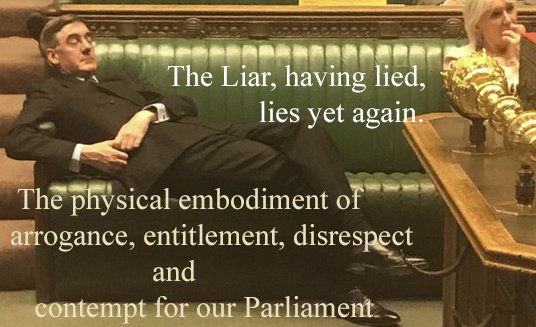 We’ve only been in power for nigh twelve years,

It was our friend le Putain, over there,

Made of the NHS such great pig’s ears.

It wasn’t Hunt spelled with a C who wrote

That pamphlet saying “Kill the NHS”,

It’s them that’s got the UK in distress.

Oh look at that, a dead cat in the street!

Ignore those bent sods in the House of Lords,

Those scrounging nurses, how they always bleat!

Those sick folk, how they block up all the wards!

Their elephants roam round our living rooms!

Thank you for your comments and likes.

I think my anger would eat me up and destroy me if I couldn't employ a bit of humour.😡

That photo' says it all - what would Nanny say?
Well written and well said Uilleam.

A definite nail smack bang on the head poem Uilleam but what a bloody shambles this country that SHOULD be OURS is in the hands of arseholes-god help us!

Stirring stuff, Uilleam. The comment on the Smogg is perfect.