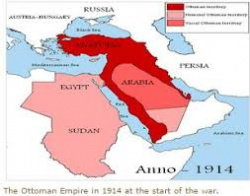 Tayyip Erdogan, the leader with a vision

As the treaty of peace expires

To regain its lost glory and power

Putting an end to Ottoman Empire

A dream coming to reality

That's what almost everyone feels

With the completion of 100 years Of treaty of lausanne

It all started during world war 1

Back then treaty was signed

Countries came under a peaceful rite

Conceiving the changes that may appear soon

With a man born to rule and lead the nations

Hoping the peace to remain intact

No matter what may happen or who may rule

Economy should grow, goodness to improve