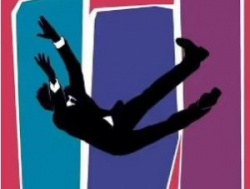 In this authentic and deeply moving poetry pamphlet, Antony Owen lays down a battle with mental health, ranging from diagnoses and suicide, to the effects depression has on one’s sex life, to line managers and colleagues in the workplace who haven’t the time nor inclination to deal with issues they don’t understand.

When you work on a helpline for people who are struggling with their mental health, one of the first things they tell you is, if a caller has a plan, that person is very serious about committing suicide - not that those who don’t have a plan aren’t. In ‘The Hotel I Planned to Kill Myself In’, Owen illustrates just how serious he was: “My suicide note was going to be a timed email/scheduled to send the moment I became born.” This is obviously not a cry for help but a considered process that will result in his death.

The startling and ritualistic detail of the second stanza brings home to the reader that the poet has really thought this though:

My suicide was going to be in a rundown hotel,

yet the sun would have risen on my cold body

and moon would have kissed me goodnight.

I had planned a Spotify list to listen to –

to drift off into the woodwind place

thinking of faces I loved.

Elsewhere, suicide comes up again, first in the poem that follows, where a nurse strokes the poet’s hair “like a bow on a broken cello” while he recovers in hospital, and in ‘Why Some People Can’t Forgive Suicide’, accompanied by the shocking quote from an ex-work colleague: “I’ve no sympathy for your friend who killed herself, she had a kid for fuck’s sake.”

This startling lack of empathy in the workplace is another theme which threads through this brilliant pamphlet. In 'Man Up', Owen’s boss lets him know he’s worried about him after his friend’s suicide. He even sends Owen an ‘I’m only human’ gif to exemplify his concern. However, it seems empathy from his colleagues has a limited sell-by-date:

My boss told me it’s been three weeks,

that it’s time to man up and hit target.

I told him ‘I’m only human’ to his face.

When Owen exorcises ‘the demon of autism’ to his boss in ‘A Sales Manager’s Response to Autism’, she’s not shy of expressing her frustration at this untimely revelation: "Do you need special treatment?’/’I could do without this today!" With a touch of comic flair, which screams with irony, the poet tells us the sales manager looked like a ‘kind Nan’ who "probably adored her grandchildren", who "probably watched Rain Man once/and considered herself informed." This irony hits home hard because there is probably some truth to this. Ignorance about mental health is always alive and well in the workplace and you don’t have to look hard to find it.

In 'John the Alpha', toxic masculinity rears its ugly head in the workplace, too. John expresses disdain at the poet’s choice of macchiato in the pub: "I said I liked coffee, and he whispered: ‘yeah and cock too’." John aims to exact his revenge on Karen, who he thinks deserves "a kick in the cunt for taking his accounts". He organised a paintball motivational session, turned up with camouflage under his eyes and told Owen he had Karen in his crosshairs. This unsettling poem tells you all you need to know about John and men like him.

In 'Phallus', Owen deals with a taboo that most men would stay well clear of. Some might argue just talking about problems with erectile function is often enough to ensure it becomes a reality, let alone writing a poem about it. But in all seriousness, Owen’s sheer honesty is as powerful as the poem itself. And the simplicity of his verse here is where the magic happens:

I am having problems getting hard.

I am having problems feeling any sense of love.

You cannot make love if you’re depressed or half a man.

Owen has a distinct sense of irony at the centre of his work that is particularly evident in the final stanza. And it takes a cautious man to offer a warning here and a brave man to ignore it. One could argue there is some truth in the final line.

My friend warned me against going public with this,

he said once it’s printed I can’t go back. But then,

he also once said that only weirdoes write poems.

Again, it’s with considerable comic skill that the poet makes light work of something that fills many men with utter dread, despite Pele’s infamous TV adverts.

Owen is most certainly a brave poet. This is a book that needed to be written. Moreover, it needed to be written by someone like Antony Owen, a man who has been through so much and continues to survive and thrive. And his is a voice that could speak for many of us who are unable to share yet and more importantly encourage a few more of us to open up about things that many men will carry with them to their graves.

This is not a poet merely telling us about his battle with mental health. Antony Owen is sharing his battle with us and I think anyone who reads this often devastating pamphlet will feel grateful to him for doing so. Like many great poets and songwriters before him, Owen has the skill and humanity to convince us he’s talking directly to us. A line in his final poem exemplifies this rather well: “Beneath all this is me and you.”