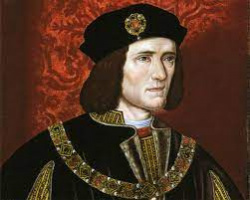 Has Richard III received a relentlessly bad press over many centuries? And is our most revered of English writers, William Shakespeare, largely to blame? Poet Imogen McHugh certainly thinks so.

Launching her debut poetry pamphlet, A King’s Bones (Dempsey & Windle), on Zoom on Tuesday night, she said Richard’s traditional image, depicted as a murdering hunchback, was unfair and wrong: “This was a man crushed under propaganda, and lies, as we know now, for hundreds of years.”

Richard, the last English king to be killed in battle, at Bosworth in 1485 in the final act of the Wars of the Roses, was stripped naked and mutilated after death, before being buried by monks in Leicester. His remains were discovered in remarkable circumstances by archeaologists in 2012, under a car park, and have now been re-interred in Leicester cathedral. 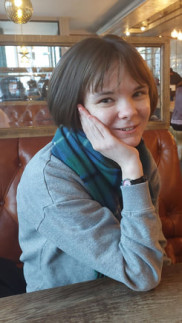 The first poem read by Imogen at her launch – the title poem of her collection – compares the humiliation of his body’s treatment on the battlefield, and the way he was “lifted like a lover” by those who discovered his remains in the 21st century. It caused quite a kerfuffle at the time. The-then poet laurate Carol Ann Duffy wrote a sonnet, titled simply ‘Richard’, to mark the occasion. It is, as Imogen said, “an incredible story”. When the archeaologists started searching “they found him almost immediately … it was like he wanted to be found.” Shas visited his cathedral tomb more than once, and found it “very moving”.

Richard was apparently not the crookback of legend, although he did require specially made armour. But one shoulder was identifiably higher than the other, made more apparent when his body was stripped after the battle. Imogen said: “This was a man who lived in a lot of pain for most of his life. He almost certainly had advanced scoliosis.” This, and the wounds of battle, and the evidence of a high-status diet, all helped the archeaologists to quickly identify the remains as those of the defeated king. Imogen’s poem ‘Skeleton’, in Richard’s voice, talks of being “born whole, to see myself crumble … I began to curve in upon myself … A ghost in my own form … as my body changed so young. I changed, too.” 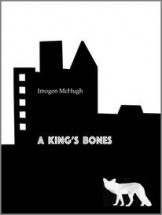 Her poem ‘Crippled king’ attempts to set the record straight, and right the wrongs visited upon him by Tudor propaganda: “Even here I hear the words … child-killer … wicked uncle … the victor writes the tale … I was no monster, I was a man of pain.”

Imogen acknowledged that the Wars of the Roses were “a brutal time to be alive, whether you were a peasant or a king”.  But she insisted that Richard was “a deeply pious man… very interested in justice and the law”.

She made it clear that the start of the reading that her own experiences of growing up as a disabled person, and developing severe conditions during her teenage years, had made her feel closer to Richard.

She added: “This collection has helped me to come to terms with things, that I wasn’t able to say about my own body.” She is a member of The Richard III Society, whose website she recommended as a rich source of information. I would agree with that.

She was supported at the reading by guest poet Lauren Sheerman, who provided some poems of her own with a historical flavour.

◄ The shortlists for this year's Forward prizes