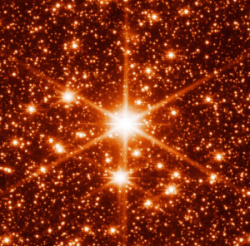 He said he ‘didn’t like the look of me’

When I walked into our shared workplace,

And I was rejected—-

by him—on the basis that I was Northern

And he was Southern

And those two things ARE so very different (let’s not pretend or soft-soap it).

I was his boss and he was my cute little underling.

Helping me do my job, and *actually* doing my job for me,

And I was ambivalent—

I'm not ambivalent now though.

Funny how that works.

there were the cigs, the drinks, and the fun, and I was ambivalent--.

I was also ambivalent to him attempting to ‘speak northern’ for a laugh,

Forever coy and charming, and always the gentleman.

He came to my wedding and told me not to marry my husband.

He was right. I was wrong.

I wish I'd have listened to him.

I thought I was smarter than him--

and I really wasn't.

The last time I saw him, no-one was home

He had an infection and was deliriously gone,

Even though I was holding onto him, to his hand, all blackened and bent—

He was still gone.

That he didn’t recall who I was

Any cognition he *had* had before----went

Riding high in the ether.

I could have tried shaking him, and telling him to wake up. But I didn’t.

I love you Paul, a sweet beautiful unique soul—

Always there for me, despite or perhaps *because* of my crazy ways

Unlike the lesser people, you never ever ran.

That your fundamental particles cannot and will not ever be destroyed

You’re not actually gone. You’re just spread out. Across the Universe.

All the Paul-particles, dancing in the sky--a freedom you never had while on earth.

The law of conservation tells me you’re still watching me cock-up--on a daily basis.

And laughing at me.

Telling me I don’t *speak right*.

And telling me Chelsea are better than Man U.

Thank you for the kind comments.

It's been a huge loss of a lovely friend..

Beautiful poem and so moving. Thank you for sharing this special piece. R.I.P your lovely friend.💕🌷

Hi Jo, this is beautiful. I was very much enjoying it and then you hit me with 'All the Paul-particles, dancing in the sky' 😥 Brilliant writing! Tom