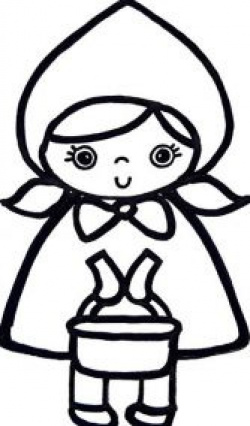 You’ve heard the tale of Little Red Riding Hood but have you heard the Dark Take of this Child’s Tale?

Little Red Riding Hood was not your common everyday child. For she was in fact a Witch in training, her Mother was a Witch and her Grandmother was also a Witch.

The basket of goodies that Little Red Riding Hood was to deliver to her Grandmother was not Food for consuming. But in fact this basket contained Herbs and Spices, Rose petals and yes even poison so that Grandmother dear could continue to cast her evil spells.

Red is warned by her Mother to stay on the trail. What her Mother failed to tell her is that the dead and evil spirits of the poor souls they had put evil spells upon haunted the deep dark woods.

Red is sticking to the trail as her Mother cautioned her to do. She does in fact come upon a Wolf, but this is no ordinary Wolf. This was once a Handsome young man whom Grandmother had cast a spell upon turning him into a Werewolf.

He wishes no evil to come to Red. He only wants what is in the basket. He wants to destroy this so that the Evil Grandmother cannot cast any more spells. He speaks to Red, which Red thought was curious. Most Animals cannot speak. He knows it is terribly bad luck to tangle with a Witch but he is desperate to rid this part of the World of the evilness the Witches have brought.

He tricks Red into leaving the path to pick flowers for her Grandmother. But Red leaves the basket on the trail. The Wolf/Werewolf grabs the basket and heads to Grandmothers to destroy it and hopefully to destroy the evilness which lives within her.

When Red returns to the trail she realizes her basket is missing. She tells herself, “Oh dear, Grandmother and Mother will be so very cross with me for losing these goodies.” She gets to Grandmothers house as quickly as she can.

Red asks, “Are you the Wolf I met on the trail?” He turns to her and smiles. “Yes I am that very Wolf you met. I have destroyed the evilness that was contained within your basket. Do not fear your Grandmother is only sleeping. She is no longer a Witch and someone who truly loves her can be the only one to awaken her. You may be that very person to awaken her. But let me caution you if you awaken her you will lose your Witches powers. Your Mother may be angry with you. She may take her wrath upon me but I just had to do something to rid our part of the world of these evil powers.

Red slowly approaches her Grandmother. She bends over to gently place a kiss upon Grandmothers head. Grandmother awakens. She feels a bit woozy. Grandmother knows she no longer has powers and that Red gave up her powers to save her.

She smiles and thanks Red she also thanks the handsome man. She tells him, “When I started out I wanted to be a good Witch but I let my vanity take over and the evilness filled me with hate. You have not only saved me but you have saved my Granddaughter.

But at the other end of the trail trouble is brewing. Red’s Mother feels the change in her Mother and Daughter. She is angry. She’s casting a spell, “There will be hell to pay for this treason! All will suffer my wrath! Then she begins to cast the spell……….