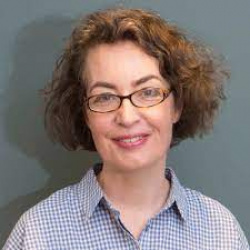 Pan Macmillan and author Kate Clanchy have parted company “by mutual consent”, following criticism of the poet and teacher’s Orwell prize-winning book, Some Kids I Taught and What They Taught Me, The Bookseller has reported.

Clanchy's book was criticised last year for its portrayal of young people, with accusations of racial stereotyping and problematic descriptions of other children, including those with autism.

Picador had said it was working with Clanchy on a revised version of the book. However, a joint statement by Pan Macmillan and Clanchy said this would no longer be published and the two parties were going their separate ways.

Clanchy's Friend: Poems by Young People, an anthology of work by pupils at the school in Oxford where she teaches, had been due in March but will now also not be released by Picador.

A new version of Some Kids I Taught and What They Taught Me, revised in consultation with “an appropriate group of specialist readers”, had been planned for last autumn but failed to appear. In December Clanchy had reignited the criticism of her book with an article in Prospect magazine about being “cancelled”, in which she said: "The culture wars are only just getting going in British publishing."

That article came just weeks after comments in the Telegraph by Picador publisher Philip Gwyn Jones about the book, in which he said: "If I have regrets about our conduct during the Clanchy affair, it’s that we weren’t clear enough in our support for the author and her rights, as well as our condemnation of any trolling, abuse and misinterpretations that happened online." He later apologised for the comments and Picador subsequently distanced itself from both his and Clanchy's remarks.

In 2018 Clanchy was awarded an MBE in 2018 for her services to literature, after decades of teaching young people poetry, English and creative writing. She has been working with migrant and refugee children at Oxford Spires Academy for more than 10 years and has edited an anthology of pupils’ poems, England: Poems from a School. Clanchy still posts poems by pupils and former pupils on Twitter.

In an interview with Write Out Loud in 2018, she said that her students and others like them could be the very writers and poets to whom their peers and future generations could aspire.  “There are so many barriers, to do with class, confidence, and resources,” she said. “My students have really shown me how hard it is, and how white our poetry is. But I think times are changing now.”

Poetry among the birches with Robert Macfarlane on Winterwatch ►

What a storm in a tea-cup. Literature is all about testing the
boundaries. Yesterday, it was "Lady Chatterley's Lover"; today,
it's about kiddies' feelings (via the outlook of sensitive offence-seeking adults.
There is room for a return to that classic comment from the Duke of Wellington:
Publish and be damned!