All the Men I Never Married: Kim Moore, Seren 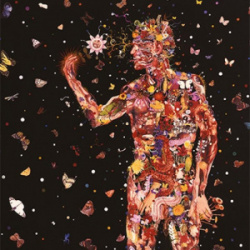 This remarkable and very readable book about “a gallery of exes and significant others” first emerged from academia. In an interview earlier this year Kim Moore explained that the poems in her second collection All the Men I Never Married have been drawn from her PhD thesis in Poetry and Everyday Sexism at Manchester Metropolitan University.

She added: “In my PhD, I wanted to examine my own experiences of sexism and what happens when you put the white space of a poem around that experience. The strange thing was that the things I was thinking of as just silly incidents that didn’t really mean much began to change as I was writing about them, and ‘sent’ myself back there …  When I turned them into a lyric poem, they suddenly began to present as being quite dark and upsetting.”

None of the poems have titles, only numbers. There are poems of awakening, early intimations of male threat: running away from “a man who pulled out his floppy dick / and waved it apologetically in our direction”; a night club assault during freshers week; a narrow escape from rape at a party, in which the poet interrogates the narrator, as if she was being questioned in a courtroom -

and the dark asks why

were you there in the dark

and the wind asks

what were you doing upstairs

and the moon asks why

why were you wearing that skirt

Other poems concern threatening cabbies, an ex who shares her poem on Facebook, rewinding an assault (“your fist moving away from my face”), and how a teenage ex became a stalker in her A-levels year, slashing her father’s tyres, convincing her mother to let him in then locking himself in the bathroom, and sending threatening texts:

and rang his mother who had no idea how any of this happened.

Some of the poems succeed like short stories. There is one about an encounter at a hotel, when a man who asks her where her room is, so that she has to slam the door on him;  and another, poignant look at an outgrown relationship: “I can’t / be bothered to keep being disappointed in you / and the way your beautiful animal face turned out.”

In a number of the poems the narrator is not a victim or powerless, but a rueful observer; or has misplaced feelings of guilt; or witnesses a fight in prison while there to teach a poetry class. A man waits after a poetry reading to tell her “how disappointed he is as I’m a better writer than this wasting my talent making cheap shots about men”, which ends “maybe I just smiled – nodded my head”.

She remembers the unjustified shame of facial hair, and of being banished to the Wendy House at school for biting a boy’s arm “when he tells me I’m not allowed to play with cars /because I’m a girl”:

Blank-faced dolls stare up at me.

sewn by someone else’s mother.

A crown of sonnets records the misusing of a woman’s image to produce ‘fake pornography’, that “falls / the wrong side of revenge, not quite assault”:

He’s not broken any fucking law.

He doesn’t know what she’s crying for.

There is the sudden, anguished cry: “God, I’m frightened for my daughter / and the risks she will take.”

I could go on. Should any man even attempt to review this book? Can he only read it as a kind of voyeur? One of its attractions to me is that it is largely written in everyday language, although there are moments of magical realism – “The woodcutter visited on nights when the moon / hid itself between the clouds”, and a mirror poem that won the Ledbury poetry competition, and ends: “I realise I cannot live / behind the wall, in the space between rooms. / All night a bird beats its wings.”

This collection is fascinating, and is published in a climate of still smouldering anger, outrage and fear in the wake of the appalling murder of Sarah Everard. I will be surprised if it is not shortlisted for an award or two. It certainly should be.

◄ Outbreak of 'cancel culture' on the Write Out Loud Gig Guide?

'Fail them, and I will rise': Kathleen Jamie's poem after COP26 ►