No more odd odes: farewell to The Archers poet in residence 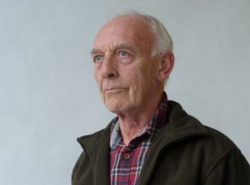 Write Out Loud is sorry to hear of the death of Bert Fry, a character from the long-running Radio 4 serial The Archers, who had become in recent years the show’s unofficial poet in residence. Bert specialised in composing verse and reciting folklore, but never really recovered from the death of his wife Freda, who died in the Borsetshire floods of 2015.

Bert was played by actor Eric Allan, who has decided to retire. According to The Archers website, Bert’s arrival followed the death of farmworker Jethro Larkin. Liz Rigbey, who was in charge of the programme at the time, said, “I wanted Bert to be an echo – but only an echo – of Jethro. One of those gentle, rural people who has been brought up in the country, who cannot imagine any other way of life and wouldn’t dream of trying.”

She added: “To illustrate a sort of simplicity and naivety in his character, he would proudly offer up a few lines of homespun poetry on suitable occasions. He’d be proud of them and they might rhyme but probably wouldn’t scan. More William McGonagall than William Wordsworth. And I thought there might be room for some fun there.”

Many in Ambridge were driven mad by his rhyming couplets, something from which listeners were most often spared. But The Archers archive reveals that in 2001 listeners did get to hear one of Bert’s works at a talent show – a serious poem about the wettest-ever autumn.

Above the dark horizon,

The thunder clouds were piling,

Only the ducks were smiling.

If it didn’t get much better.

You can also listen to Bert’s ‘Ode to the Willow’ to get a measure of the man, and of the poet.