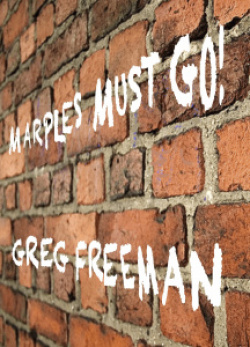 Marples Must Go! was the slogan which protesters spray-painted on a motorway bridge near Luton, with reference to the controversial Minister of Transport Ernie Marples, who oversaw the closure of a huge portion of the UK's railways in the 1960s. It’s the first big pointer to the rich seam of nostalgia that runs through the pages of this first full-length collection by Greg Freeman. A good two thirds of the poems are centred around family, music, and literature, and there are many salutes to the past, to the writer’s own childhood and that of his children’s and granddaughter’s.

From poignant family snapshots to wistful memories of young love, political misdemeanours to the liminal stages of the parent/child relationship, Freeman shows us how revolution is constant; it touches everything and everyone. To quote John F Kennedy, "There is nothing more certain and unchanging than uncertainty and change”, although he might have been pipped at the post on that one by Plato. A quiet intelligence rumbles in the background, subtly indicating rights, wrongs, and everything in between, as well as moments of great historical note, such as the Wapping dispute of the 1980s and, inevitably, Covid and Brexit.

With literary references covering everything from the Dandy comic to Tolstoy’s ‘War and Peace’, the eclectic reader will find much to connect to and draw inference from, and music fans will no doubt be smiling, raising eyebrows, and drawing correlations from the various namechecked bands and songs.

Brexit comes under regular scrutiny, culminating in the most acerbic, scathing and yet poignant piece in the collection, ‘Brexit Boy’:

Back then you couldn’t speak your mind;

now you can shout it out loud.

No one ever asked me what

I thought before. They’d better

not try and twist things round

Fuck off Europe! Britain will be great again!

First time my vote ever counted for anything.

Bigots and those blinded by propaganda in the Brexit debacle are hilariously linked to the Daleks of Dr Who infamy in ‘Return of the Daleks’, and there are occasional moments of interesting daftness, for instance, in ‘Classifieds’, a found poem:

What went wrong there?

Who missed their cue?

Doesn’t matter if it goes

tits up, it’s only panto

Using a featherlight touch, Freeman sketches out how the world is both vast and small in the same second of time, then switches tactics to take satirical side-swipes at rightwingers, for which he has no gentle or kind words, nor one iota of support.

The intense focus on Brexit is abandoned when we reach an impressive sequence of ekphrastic poems, ‘All The Lonely People’, inspired by Sean Henry’s bronze sculptures installed in Woking. Each piece gives voice to each silent sculpture in a deceptively simple fashion, though richly layered with history and perspective.

Towards the end of the book, Covid references begin to creep in, ‘Thursday’ being a somewhat universal piece in terms of experience:

We chat, have our weekly

catch-up with people who after

all these years we’ve only

Finishing with a piece that weaves together all the motifs of family, love, travel, Covid, Brexit, and change, ‘Love Makes You Reckless’ closes the scene with a sensory tease of a freedom we once took for granted, but now feels like the greatest gift ever:

On San Pedro’s paseo I remove my mask,

and for the first time smell the sea.

Although it would have benefited from a closer proofreading, there is much to enjoy in this collection. More importantly, we have another slice of cultural history, provided by a poet who has thought long and hard about the zeitgeist, shown us its many weaknesses, and the cure we need to see us through.

'Veiled, he's mysterious as a bride' ► 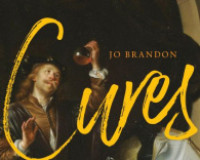 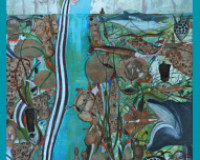 Looking forward to this. Yes, Ernest Marples, a conservative minister known for conflicts of interest and a liking for prostitutes. (Oh, and decimating public transport as well). Plus ca change....