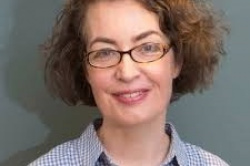 The poet and teacher Kate Clanchy has responded to accusations of racial stereotyping in her book, Some Kids I Taught and What They Taught Me, saying the criticism had been “humbling”.

Her memoir, which won the Orwell prize for political writing last year, includes reflections on her multicultural poetry group, full of migrants and refugees. In the book she says: “My multicultural school – the one I teach in, the one my children go to – is the opposite of exclusive. Our town, like many in the south-east of England, has had huge influxes of migrants in the last twenty years – from the British Commonwealth, from the EU, and, most recently, from the crisis across the Middle East – and now our school includes, it seems, the whole world: students from Nepal and Brazil, Somalia and Lithuania, Portugal and the Philippines, Afghanistan and Australia, and everywhere in between.”

However, The Bookseller reported that her book has faced criticism on social media in recent days over passages such as descriptions of a child having “chocolate-coloured skin” and another with “almond-shaped eyes”. It said that another extract included the description of a boy as “so small and square and Afghan with his big nose and premature moustache”.

The description of the Afghan boy, alongside a comparative description of a Pakistani pupil, comes in a passage in the book about pupils' responses to the terrorist atrocities in Paris.

Dr Pragya Agarwal, a writer and professor of inequities and social inclusion at Loughborough University, in an article for The Bookseller on the issue, said the passages were “shocking in the use of racialised stereotypes and tropes to describe minority ethnic children”.

The magazine Poetry Wales weighed in, issuing a statement in which it said: “As part of its aim to explore and promote all aspects of poetry, Poetry Wales recently featured a conversation with Kate Clanchy about growing up neurodivergent and writing poetry. We are appalled to have since learned that, in her book Some Kids I Taught and What They Taught Me (Picador, 2019), Clanchy uses language and descriptions that we and many others know to be racist and ableist.

“It was not the intention of Poetry Wales to platform racist and ableist views, or to perpetuate the harmful stereotypes to be found in Clanchy’s book.”

In response, Clanchy, who was awarded an MBE for services to literature in 2018, said: “I have been privileged to learn every day from wonderful students who have taught me about the world through their eyes. As every teacher knows though, education is never complete. Many of the responses to extracts from my book, especially those taken out of context, have been difficult to hear; but I am grateful to those who took the time to challenge my writing, and to present me other lenses through which my words might be read.

“I will continue to strive for self-knowledge about my role in the classroom and the privileges I enjoy. I will also take time to reflect upon views of the many readers of colour who have responded to my writing to put these learnings into practice in my work as both teacher and writer.”

In a statement Picador said: “We have read and understood readers’ responses to the book. We are grateful for the insights that this exchange has given us and we continue as a company to strive to become ever more inclusive. To do this we will continue to listen and learn. We are discussing the best way to update the book for future editions."

Yesterday Picador issued an updated statement in which it apologised for the way it initially responded and condemned those who abused the book's critics.

The publisher said: "We have been listening to the responses to what we said about Kate Clanchy’s Some Kids I Taught and What They Taught Me and we want to apologise profoundly for the hurt we have caused, the emotional anguish experienced by many of you who took the time to engage with the text, and to hold us to account.

“We realise our response was too slow. We vigorously condemn the despicable online bullying of many of those who have spoken out. This has no place in our community.

“We understand that readers wish to know specifically what will be done about the book, we’re actively working on this now and we will communicate this as soon as possible."

Yesterday Clanchy, who recently lost both parents, said she would be rewriting parts of her book and also apologised for the way she reacted to criticism, which originally came via negative reviews on Goodreads. Clanchy had previously highlighted the reviews on Twitter and claimed some of the disputed passages were not in her book or had been taken out of context.

She said: "I've been given the chance to do some rewriting on Some Kids. I'm grateful: I know I got many things wrong, and welcome the chance to write better, more lovingly. To people saying I shouldn't centre myself in the kids' lives: I agree. I've been worrying about this for years.

"I hope you will be able to see them better, now I am knocked off my pedestal. And I apologise too for over reacting to the Goodreads reviews. It was wrong. I don't really have an excuse, except that I am bereaved and it takes people in different ways.

"I am not a good person. I do try to say that in my book. Not a pure person, not a patient person, no one's saviour. You are right to blame me, and I blame myself."

◄ Save the dormouse and other endangered creatures