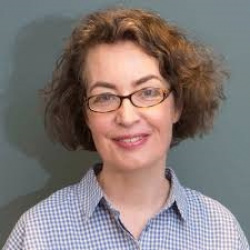 The poet, writer and teacher Kate Clanchy has won the Orwell prize for political writing for her  “moving and powerful” memoir, Some Kids I Taught and What They Taught Me, about working as a teacher in the state education system.

Judges chaired by Stephanie Flanders of Bloomberg Economics said Clanchy’s book showed a “brilliantly honest writer” taking on “a subject that ties so many people up in knots – education and how it is inexorably dominated by class”.

Clanchy, in her acceptance speech, said that “schoolteachers are not taken seriously in so many different ways: not by politicians, not as intellectuals, and not as artists. So for this to win the prize for ‘political writing as art’ means so much to me, and I hope it will mean something for other teachers, because if there’s one thing the pandemic has taught us, it’s that teachers are very important and very necessary, and that schools are communities, and without them we rip big holes in our societies. This is the prize, of all prizes, I would have wanted.”

Her memoir includes reflections on her multicultural poetry group, full of migrants and refugees. In the book she says: “My multicultural school – the one I teach in, the one my children go to – is the opposite of exclusive. Our town, like many in the south-east of England, has had huge influxes of migrants in the last twenty years – from the British Commonwealth, from the EU, and, most recently, from the crisis across the Middle East – and now our school includes, it seems, the whole world: students from Nepal and Brazil, Somalia and Lithuania, Portugal and the Philippines, Afghanistan and Australia, and everywhere in between. Pakistani and white British students make up substantial minorities, but there is no majority group.”

Kate Clanchy was awarded the MBE in 2018 for her services to literature. The Orwell prizes are awarded by the Orwell Foundation, which exists to perpetuate the achievements of the British writer George Orwell, author of The Road to Wigan Pier, Homage to Catalonia, Animal Farm, and 1984.