‘I was too ill to write as normal, but the poems kept flowing’: Alwyn Marriage on her long battle with Covid, and the loss of a loved one 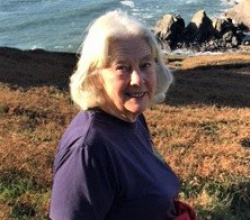 Alwyn Marriage is a much-published poet and novelist, and publisher, who last year found herself facing the “jaws of hell”. Her latest poetry collection Pandora’s Pandemic tells how she and her husband succumbed to Covid after attending a literary festival in the early months of the disease, and how her brother died of it. She has since suffered long Covid as well. In an interview with Write Out Loud she talks of those long hard months, chronicled in poems that just “poured out” of her, and of her eventual, joyful return to health.

The early poems in Pandora’s Pandemic feature your own illness and your brother’s devastating death from Covid. You even had to follow his cremation service on YouTube. Was it especially hard to write about those days?

I can't really say that it was hard, because the whole process was almost out of my control. I was too ill to write as normal, but the poems kept flowing. Reading them now, it's almost as though someone else wrote them - except, of course, that I live with all the consequences of that time. It was certainly hard going through the experiences, particularly the death and cremation of my brother, but the writing was a natural outflowing. You will have noticed, in the poem about the cremation, that I was, on that occasion, pretty angry!

I understand that your husband also caught Covid around the same time as you. Did he suffer it as badly? Has he had long Covid too? It must have been so difficult, for you both to have had it at the same time?

He didn't have it as badly, I'm glad to say. When we arrived home from the festival where we caught it, we both collapsed into bed and slept for 15 hours. We'd been away for a while, so there was no food in the house, but relations, friends and neighbours were all wonderful - and certainly kept us alive - though we emerged from that initial period considerably slimmer. After that, we kept each other company while the illness dragged on! We were both at the festival where Covid wiped out so many of the speakers and organisers, but I was meeting far more people than he was, and signing lots and lots of books while the people leant over me. No, he didn't get long Covid at all, and has been a tremendous support to me through it all. 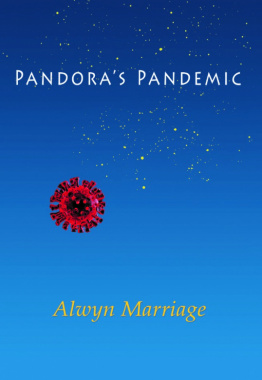 You talk about your five long months of long Covid, eventually alleviated by swimming in the sea. There is a biblical reference or flavour in this poem. What happened to your Christian faith during Covid?  Did it help to sustain you? And did poetry help to sustain you, too?

I suppose I haven't got the sort of faith that expects everything to be easy and work magic to my personal advantage, so I didn't feel abandoned at all, though there were some pretty low times. I just felt wretched as I struggled to recover, but I don't think it dented my faith particularly. I am now SO happy to be alive and pretty much recovered, and that gratitude is a more important part of my faith. I suppose that, given the poetry that was pouring out of me, it is true that poetry did sustain me. I generally discover what I really feel and believe about things through writing poetry, so to that extent, it certainly did also sustain me. The sea swims in the summer did a great deal of good, but sadly I suffered relapses for many months more. But I thought the biblical reference was interesting, and hope others will too.

The poems in the collection seem as much about recovery, as about the illness itself. Would you agree?

Yes, it's interesting, and encouraging, that you picked that up. Thank you.

You’ve written about the benefits of the first Covid lockdown – the NHS clapping, the generosity of neighbours, traffic-free roads, clearer skies. Do you now feel that perhaps those benefits were short-lived?

I was part of the Twitter campaign, #BeginAfresh, run by Poets for the Planet, in which a number of us wrote poems about not wanting the world to just go back to how it was before the pandemic. (One or two of these are in the collection). We then videoed the poems and shared them on Twitter. I looked so ghastly all of last year that I'm rather embarrassed about those videos now, but I suppose that's all part of the painful experience.

In answer to your question, I wish the world could keep hold of the things we learnt in the depths of the pandemic. I hope, and believe, that people might carry on being a little kinder to each other and communicating with the lonely and vulnerable. I wish we did not have to see a return to excessive air travel, because of the harm it is doing to our planet. I'm in favour of more people working from home and cutting down commuter chaos. It would be great if people would continue to walk and cycle more than sitting in cars. But memories are short, and I suspect that it will soon be 'business as usual'. But at least the nation's gardens have received a boost of love and attention, and we'll probably continue to benefit from that for a while to come!

The title poem refers to the terrible things released by Pandora’s Pandemic – “anger, disapproval, cheating, loneliness, depression, despair”. But then hope is found as well. Is that the message – if there is one – that you would like your collection to convey?

Yes, yes, I sincerely hope so. There's a line in a poem I wrote years ago that is rather appropriate: 'Hope sings sweetest on the far side of despair'.  Or one can remember Julian of Norwich's 'All shall be well and all shall be well and all manner of thing shall be well'. That doesn't mean that bad things don't happen, very bad things, and we can't expect to be immune from them; but the world needs hope more than ever at the moment, and perhaps that's the discipline we should be exercising - to find hope, even in these dark days.'

those who have been extremely ill

and those who've died

another sober strand is full of fear,

either of catching the disease

or of too much loneliness to bear.

But then, weaving through those

in people who are now enjoying

time to be at home, to be

who for the first time ever

can watch a bumble bee or listen

Maybe the rope of life has always

woven these threads in subtle harmony,

Well that, of course, was years before

my time, and so I can't remember it.

But yes, I suppose the dangers were as real,

the grief as bitter as we lost our loved-ones,

and there were sometimes shortages

of food, through greed, anxiety

or even genuine need,

lost their jobs, their livelihoods;

all that was devastating.

But so much of what emerged was good:

kindness flourished as friends and neighbours

started to care more for one another;

the sky was clear, the air smelt sweet

and all was silent except for birdsong

greeting us in unabashed cadenzas.

We who survived it were the lucky ones;

we feared, we grieved, we even learnt

to look no further than today

but in our hearts we kept the hope alive

that in a future not too far away, life 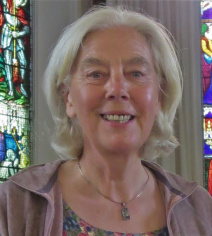 Alwyn Marriage's 12 books include poetry, non-fiction and fiction. She's widely published in magazines, anthologies and online and gives readings all over Britain and in many other countries around the world. Formerly a university philosophy lecturer, CEO of two international literature and literacy NGOs and an environmental consultant, she's Managing Editor of Oversteps Books and a research fellow at Surrey University. Her latest novel is The Elder Race, and her last poetry collection before Pandora's Pandemic, was In the Image: Portraits of mediaeval women. She is now putting the finishing touches to her next collection, which focuses on women through the ages, and hopes that this will be published in the next couple of years.

Pandora’s Pandemic will be available from SPM Publications

Copies can also be obtained from the author

◄ 'The truth is I love watching you trot away from me'

A very interesting interview. Long covid is awful and it's encouraging that research now seems to be giving us some insight into it, if not complete answers. Good to see that the poetry kept flowing, and so beautifully.

A lovely interview. Inspiring and instructional. Thank you.