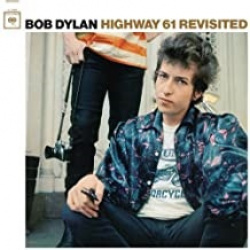 The only time I saw you; distant

view on a home counties airfield,

singing I Want You as a slow ballad.

My dear friend Dave, whose best of hearts

still let him down, introduced you

to me, lent me LPs. My faith

wavered when you found religion.

Caught up with your later albums

eventually, but that old hobo voice –

the same voice mocked by others

from the very beginning –

was hard on the ear. Your words

more praise and mockery. I often

prefer others’ versions of your songs.

at 80, survivor, troubadour and poet.

Admiration and allegiance minus zero.

Many thanks for your comments, Stephen and Graham. And for the Likes, Jordyn, Stephen A, Holden, and Aviva. Apparently Bob's birthday is tomorrow. Looking forward to some commemorative TV this coming week, including a re-run of Don't Look Back ('I'm on the pavement, thinking 'bout the government')

Seen Bob four times here in UK over many years. An enigma for sure. The words of Positively 4th Street were the soundtrack of my late teens that still cut deep. I think he should have shared the Nobel with Cohen.
Thanks for this Greg!

Fascinating take on it, Greg. Bob Willis liked both Dylan and Wagner, as do I.
They have more in common than we might think.