Wordsworth? Just ‘a stuck-up old poot’, according to those in the know 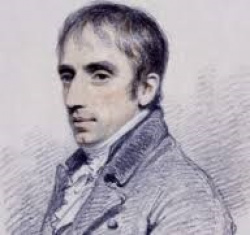 I never really got on with Wordsworth. From the start of our relationship, I found him preachy and prosy, telling me how I ought to feel and saying what things meant rather than describing them. He said the sounding cataract haunted him like a passion, when I wanted to imagine a waterfall bouncing from rock to rock and throwing up rainbows of spray. Also, he had a view of life I didn’t share – he looked down on people in a deprecating way and he told stories I couldn’t believe in, like the ones about the old man collecting leeches on the moor and the girl getting her cloak caught in the coach wheel.

This, of course, was a naive sixth-form analysis of the kind of feeling I thought I might have had about him when I was nine or ten, possibly, for I was fed a lot of poetry at that time and liked it. But even in those days I had my own “take” on Wordsworth, the man, and had marked him down to a place from which it has proved impossible to recover.

From time to time, I was made to feel that by not recognising his greatness I was behaving badly and letting the side down. The clichés are a fitting way to describe the kind of second-hand feeling I thought I was supposed to have. “But you must like Wordsworth,” they said. “He’s the great Lakeland Poet! Everybody likes him! And he’s part of your particular heritage!” Then they would quote bits, like: ‘The still, sad music of humanity’ or ‘I wandered lonely as a cloud…’,  neither of which ever made sense to me because music’s never still and clouds come in droves.  But mainly I found Wordsworth’s poetry dull. It didn’t excite me as I felt poetry should. It told me how I ought to feel and what things meant instead of evoking new and interesting meanings which revealed them in an entirely new light. He didn’t often use words in an exciting way. He wanted to write his poems in the language really spoken by men, but nobody I knew spoke like the characters in his poems. Furthermore, they lacked action and colour. I loved lines like “The silver, snarling trumpets ’gan to chide”, and “Willows whiten, aspens quiver” and “From silken Samarcand to cedared Lebanon,” and “Sink me the ship, master gunner!/Sink her and split her in twain./Sooner fall into the hands of God/Than into the hands of Spain.”

Wordsworth wasn’t one for music in his verse and, compared with Keats’s, it didn’t have much colour. Also, he told stories I couldn’t believe in about poor people I couldn’t visualise, like Alice Fell and Simon the Huntsman, the Mad Mother and Michael and, furthermore, the poems seemed to be more about himself than them.

What I heard in those days about Wordsworth, the man, was mainly critical. By most accounts he was mean-spirited and condescending, touchy and fond of mixing with the great. My mother’s eldest sister had trained at Charlotte Mason’s before the Great War and then taught at Grasmere. There she moved amongst people who remembered the bard and had vivid stories about him, mostly about his meanness and snobbery. I felt she spoke with some authority and thus I was prejudiced from the very beginning.

When her house in Barrow was bombed, she came to live with us in Broughton Mills and for 18 months or so took over the business of bringing me up. She said Wordsworth was “an old poot”, that special Cumbrian term for puffed-up, pompous know-alls who push themselves into positions of importance. “No one liked him,” she said. “He was ‘stuck up’ and wouldn't have anything to do with ordinary folk. And he fell out with the vicar who was liked. He sucked up to rich folk for what they had and, in the end, he cadged himself a government job where he got his money for doing nothing.'

She thought it didn’t seem right that he should be celebrated by people who knew little about the Lake District and were concerned to promote Wordsworth as a kind of trade name for a particular branch of the literary research industry. This was the way I thought about him as I was growing up, and even when I was in the sixth form at Manchester Grammar School and at that judgmental stage in life when one knows everything.

My chief companion and mentor then was Satterthwaite, a fellow Lakelander, like me transported south in the interests of his education. He proudly professed extreme views, some of them bordering on the revolutionary, despite being bound for Balliol, that noted cradle of Tory prime ministers.

At a private discussion of Wordsworth’s poem ‘Gipsies’, Satters showed himself at what I considered his critical best. He declaimed the poem’s final lines, ‘“Oh, better war and strife/Better vain deeds and idle than such a life.”’ He quivered with indignation: ‘What condescending horse-shite,” he hissed. “Give me idleness before war and strife any day.” He hurled the book against the wall and trampled the remains as they fluttered to the floor. I noticed it was the school’s copy, not his own. “Thus perish all enemies of the State!” He held his clenched fist at shoulder level and shook it. It was hardly literary criticism of the Quiller-Couch kind, but it was a convincing expression of our personal view.

Satters and I were at one in many things at that time. We ran the school music society, directing its funds to Bartok and Sibelius, Delius and Copland, much to the irritation of the ordinary members. They were all for the proper classics, for they were regular followers of the Hallé concerts, and the recently-ennobled Sir John Barbirolli’s latest interpretations.

Satters dealt firmly with these sixteen-year-old conservatives. “No!” he said, “you’ve had enough Beethoven and Mozart to last your lifetime. If that’s what you want, go and listen to Charlie Groves’ lunchtime concerts in the town hall. That’s the place for pop stuff. It’s high time you came into the 20th century. And we’re going to educate you! We’ve some Satie and Alban Berg for the next meeting. These chaps’ll really open your ears to what’s going on.”

When I got to college my tutor was FW Bateson who had just published Wordsworth: A Reinterpretation (1954) which had upset some Wordsworthians – TS Eliot, amongst others – by not being altogether flattering. Fred – as his students mostly knew him - was a slight, mild-mannered man with a sharp eye for the ridiculous. I called him “Magister”, never presuming to address him as anything else. It made him smile and occasionally wave a deprecating finger. I remember him with the greatest affection and respect.

At the end of a tutorial, after he had mangled my weekly essay, and as the blood was drying, we would sometimes discuss my reluctance to see much good in the Bard.

“I accept your general criticism,” he said, “but I could never be as dismissive as you are.” We agreed that much of Wordsworth was deadly boring, and that he got worse as he grew older, but he was important because he gave voice to ideas that had never been expressed before, and in a way that was both fresh and striking. Each generation found something new in him. “You, your dismissive self,” he continued, “might not see your beloved Lake District in quite the same way as you do if it were not for his insights. You might understand the region as just something out there to play in, rather than an eternal and vivifying force.”

This was in the mid-1950s, when there was a rise in Wordsworth studies. Helen Darbishire’s book, The Poet Wordsworth (1950), with its study of the 1805 version of The Prelude rather than the one published by his widow in 1850, had raised a flurry of interest. My English master at school, knowing something of my dislike of the poet and his verses, had drawn my attention to it. “The Wordsworth Pioneers are on the march again,” he said. “You’d better watch out.” 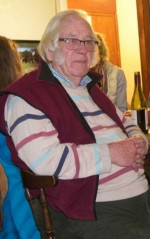 Ian Davidson grew up in the south-west corner of the Lake District at Broughton Mills which was then just on the border between Lancashire and Cumberland. After a career in further and higher education he retired in 1988, and withdrew from the outside world to write his memoirs, of which four books have been published. His current project has the working title Me and Wordsworth

Background: An evening with Wordsworth includes his bad points

Alexa, what is there to know about love?: Brian Bilston, Picador ► 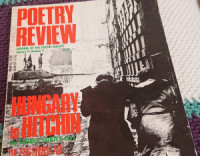