'That which we are, we are': Tennyson quoted in chancellor's Budget speech in Commons 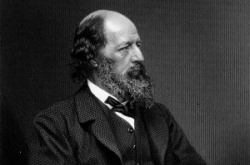 You don’t expect poetry to crop up in a chancellor’s Budget speech. But on Wednesday Rishi Sunak – more known for polishing his image on social media than for any interest in 19th century Victorian blank verse – introduced a line from Alfred Lord Tennyson in the Commons.

“That which we are, we are,” he declared, in a pandemic context, as he reached the end of his Budget statement. The line comes from the final ones in Tennyson’s ‘Ulysses’ :

One equal temper of heroic hearts,

Made weak by time and fate, but strong in will

To strive, to seek, to find, and not to yield.

Sunak chose not to include the lines that immediately precede his quoted sentence – “We are not now that strength which in old days / Moved earth and heaven”. Maybe he felt they were a bit too post-Brexit.

According to Wikipedia, ‘Ulysses’ is a poem in blank verse, written in 1833 and published in 1842 in Tennyson’s well-received second volume of poetry. It is often quoted, and is a popular example of the dramatic monologue. Facing old age, mythical hero Ulysses describes his discontent and restlessness upon returning to his kingdom, Ithaca, after his far-ranging travels. Despite his reunion with his wife Penelope and his son Telemachus, he yearns to explore again.

Tennyson, a poet laureate who succeeded Wordsworth in the post, was much admired by Prince Albert and Queen Victoria. Wikipedia also tells us that Tennyson also wrote a substantial quantity of unofficial political verse, as well as his famous ‘The Charge of the Light Brigade’. Tennyson's family were Whigs by tradition and Tennyson's own politics fitted the Whig mould, although he would also vote for the Liberal party after the Whigs dissolved. Tennyson believed that society should progress through gradual and steady reform, not revolution, and this attitude was reflected in his attitude toward universal suffrage, which he recommended only after the masses had been properly educated. Upon passage of the 1832 Reform Act, Tennyson broke into a local church to ring the bells in celebration. (That’s enough Tennyson – Ed).

◄ From Coventry, to Hiroshima, and on to Dresden: Write Out Loud interviews Antony R Owen