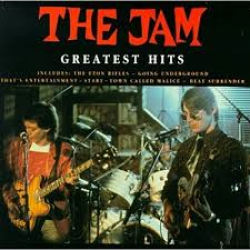 My dad got me the job at the pit.  It was a good system.  You knew if you didn’t behave yourself your dad would get to find out and at 17 I wasn’t too old to get a thick ear off him.  What’s more, if you weren’t up to much it would reflect badly on him.  I was one of an intake of half a dozen “juveniles”, all boys – women were prevented from working underground by law.

The first week was spent in classrooms under an instructor.  He would have been in his fifties I’d guess but was ancient to us, and not capable of teaching us anything.  We spent the week making new mates, showing off and finding our place in our own hierarchy.

The next four weeks we underwent Basic Underground Training.  It was a sharp transition from being know-it-all kids to mixing with experienced miners.  We looked like shiny new pins with our pristine white helmets and clean, pressed orange overalls.

At snap time we sat on makeshift benches as the instructor told us to turn off our cap lamps to see how dark it was.  We waited confidently for our eyes to get accustomed to the dark.  It didn’t. The darkness was total.  Quite literally, you couldn’t see your hand in front of your face.  We sat in silence apart from the scratchings of mice for a couple of minutes until one of the lads started sobbing.  Bravado prevented me from joining him.

Apart from this you learned two more things at snap time.  Some things taste completely different 1000 feet underground; ham is slimy and revolting whereas dripping sandwiches are gorgeous.  You also learned not to tell your mam that you liked the snap she’d put you up, otherwise you’d suffer the same sandwich filling every day until you got married (and then repeat!).

The most important lesson drilled into us was about contraband.  This was defined as anything you were forbidden from taking down the pit.  Essentially this was cigarettes and matches, the penalty for which was summary dismissal.  And anyone caught could not expect his union to represent him – their greater responsibility was to the others down there who might have been killed by the explosion.  Consequently, no-one touched a fag or even thought about one for the duration of their seven and quarter hours shift despite them being a 40-a-day man.  But I have seen off-coming shifts of men stampeding to the baths lockers to get a fag.  Many took Twist down with them and spat gobfulls out periodically. (It didn’t do to swallow any!).

On one occasion one of the instructors asked Jud, the biggest of us, if he worked out.  Jud said he did.  The instructor asked him if he could lift his own weight.

The instructor turned to another and they shook their heads sceptically.

“Stand in these two buckets and show us” one said.

We found out we didn’t know as much as we thought.