Collected poems of Anthony Burgess to be published later this year 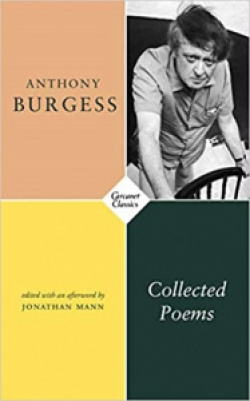 The collected poems of writer Anthony Burgess, best known for his dystopian novel A Clockwork Orange, are to be published by Manchester-based Carcanet later this year.

Anthony Burgess (1917–1993) was a novelist, poet, playwright, composer, linguist, translator and critic. He wrote more than 60 books of fiction, non-fiction and autobiography, as well as classical music, plays, film scripts, essays and articles.

He was born in Manchester, and educated at Xaverian College and Manchester University. He lived in Malaya, Malta, Monaco, Italy and the United States. The Anthony Burgess Foundation, established in Manchester in 2003, encourages and supports public and scholarly interest in his life and work. It has a library, archive and study centre containing Burgess’s books, music and papers, and is also a performance venue for new works by writers, artists and musicians.

A previous collection of Burgess’s poetry, Revolutionary Sonnets and Other Poems – published by Carcanet in 2002, and republished in 2017 to mark the Burgess centenary - includes the complete poems of his fictional character FX Enderby, subject of four comic novels, who composes his poems while sitting on the toilet, as well as the poems of young John Burgess Wilson, from the Manchester student journal The Serpent.