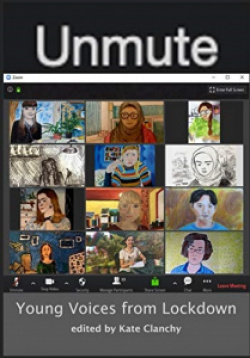 A poet and teacher awarded an MBE for her services to literature, after working with migrant and refugee children as writer In residence at Oxford Spires Academy, has launched an anthology of poetry created during lockdown by her former pupils.

Kate Clanchy has written of Unmute: An Anthology of Young Voices from the Lockdown of 2020:  “I met all the young poets in this book when they were even younger: mostly when they were 11. They would come to my after-school poetry workshops in Oxford Spires Academy, we would sit round the big table in the library, read contemporary poems, write our own, and share our work.

“The poets have grown up a lot since: as their biographies will tell you they have won dozens of poetry prizes, all of them are at least in the sixth form, and some are university graduates. But when the lockdown of 2020 came with its confusion and fear, we all longed for that secure space in the library. The poets got in touch with each other and with me, and we created an online poetry group to attend. No one sponsored us, and we were part of no institution: we did it for love and for the joy of expressing some of the things that were happening to us.

“We were quarantined; we were frightened; we were baffled; we were ill; we were sequestered from touch; we were shut up with our families; we were shut up away from our families; we went through Ramadan and Easter without family gatherings; we witnessed the death of George Floyd; we raged, we demonstrated, we wondered; we longed. These were all national events: they were also the stories the group told each other each week in poems which amazed me because they were so accomplished and yet still so fresh and honest, so clearly the work of young people.

“Very often, I posted the poems on my Twitter account, and saw, from the thousands of retweets and likes, that many other people valued these despatches from the closed bedrooms of the young. As lockdown slowly eased, I gathered the poems together in this anthology. Like the group, this book is much more than the sum of its part, and was created for love, and for the joy of writing.

“We have printed some copies of this book mostly for family and friends. We are also putting it out in the world online so that its story can be shared when it is still fresh. Any proceeds of these sales will go to Asylum Welcome, a charity near our school in Oxford which has helped many of our school friends and their parents.”

In an earlier anthology, England: Poems from a  School, Clancy published poems by her pupils that documented the pain of migration, and "the exhilaration of building a new England, home of many voices".

When she was awarded her MBE in the same year, 2018, she told Write Out Loud's Mike Took that migrant students “make the best poets because they have such powerful things to say, because they often come from backgrounds of song and story, and because their ears, having lost a language, are especially open to English".

You can read some of the lockdown anthology poems here

A Kindle version of the anthology is available on Amazon

◄ 'We ride the electric horse without any reins': poet Shaun Fallows on disability and freedom

News » Story of poet's traumatic, near-fatal fall to be featured on BBC Radio 3 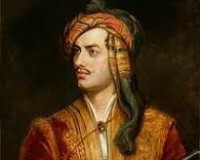