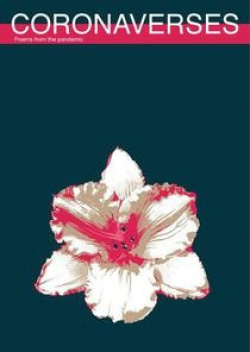 Remember the start of this pandemic? The panic buying, the looting of toilet rolls? Seems a long time ago. Almost historic. On 18 March activist poet Janine Booth set up a Facebook group called CoronaVerses: poems from the pandemic, a few days before the official start of lockdown in the UK. Hundreds of poems were posted in that group in its first week. And from that first week’s input, more than 60 were selected by Booth and fellow campaigning poet Attila the Stockbroker to appear in this anthology.

What are the themes that emerge in those early days of pandemic anxiety? Vulnerability is one. Attila, who is aged 62, mentions his lung condition in both his poems. The vulnerability of age is conveyed in striking terms in Bridie Breen’s ‘Looking Up on You Looking Down’:

Covid 19’s sick joke is on the vulnerable and old,

elbowed out into the cold

First in line for dispatch, when ICU beds

Are in scarce supply

That’s what gets conveyed, as I lift my head to look around

Looking up at them, looking down at me

I’m trying not to cry.

This is just one of the poems in this anthology that displays a streetwise prescience. It was not clear then – as it certainly is now – that in the early stages of the pandemic many elderly patients were being shunted out of hospitals into care homes, to clear beds and prevent the NHS being overwhelmed, without being tested to see if they had the virus.

As UK politicians were slow to take Covid-19 seriously (We’re British! It can’t happen here!), many citizens also took a while to be convinced, and Sheffield poet and youth worker Sez Thomasin’s poems – ‘Business as Usual’ and ‘Fuss About Nothing’ - reflect this. We quickly found ourselves watching wildlife with something approaching envy. Merryn Williams longs for the freedom of the red kites wheeling above her as she walks along the towpath (‘Corona Days’). Hilary Walker in ‘Human Touch’ mourns the loss of the “first human language”, and looks forward to its restoration. And who can forget those supermarket shelves stripped of goods in the early days? Rhoda Thomas talks of progressing “aghast, around the aisles”:

Run out of the door and into the car park

But I can only stand here in this glum, quiet queue

Eyes down, head down.

Pete Ramskill’s ‘Collateral Damage’ made me think  of home secretary Priti Patel’s ridiculous boast that shoplifting had come down dramatically (not surprising when most shops were closed and supermarket aisles empty) as he asks us to spare a thought for pickpockets, burglars and drug dealers fallen on hard times, as well as shoplifters. He mentions hedge fund managers too, but I think such disaster capitalists still do well out of crashing stock markets.

Janine Booth certainly doesn’t mince her words in ‘Stay The Fuck Home’, which might be sub-titled ‘It’s all right for you to say”, as she sympathises with a grey-haired man yelled at in such terms in a supermarket. I sympathise with him, too, although I’m glad to say it never happened to me.

The poem title ‘They could breathe’ now takes on a grim new resonance, although when written by Emma Dalmayne it was about the plight of those locked in with domestic abusers, with nowhere to escape to. ‘Doors’ by Owen Collins is about doors closing everywhere – pubs, restaurants, churches, theatres – as well as the sliding doors of tube trains, the automatic doors of supermarkets, the double doors of hospitals: “Like the stable doors so many Governments finally decided to close, / After the horses bolted, and kept on bolting, unstopped, across the globe.”

James Denny, a railway worker and union activist, in ‘206’ blames loo-roll panic-buying on capitalism, “fallen at its first hurdle … Why didn’t the shops react sooner, and stop you?” He claims that “the fault is not yours; the system failed us; / You were left to panic. Now the bosses shall hear our rage.” I don’t buy the argument of this poem; it’s not always someone else’s fault. Many of us did not hoover up loo rolls. Witness all those taking responsibility for organising community initiatives during the pandemic; we’re not helpless pawns in someone else’s game. James Denny is answered to some extent in ‘Social Distancing’ by Paul Dovey, who argues that we’ve all been social distancing for years, and that’s the problem: “Do we fight to the death in Aldi? / Or come together as communities /  … mutual aid is what we need”.

Nick Toczek affects to see the positive, and indeed funny side: “At least we’re trapped in this place, / Not Halifax or Heanor.” (‘Be Positive, Be Keener’). His last stanza echoes an Ian Dury song:

Way things are, we wash a lot

Which makes us much hygiener.

And we’re both stuck at home where

We two can get obscener.

In another poem, ‘We’re So Safe’, he maintains the same rhyme through every line of eight tercets, a neat trick. Another neat poem, a sonnet by Jason Travis titled ‘Passing Bells For These Who Die As Cattle’, references first world war poet Wilfred Owen’s ‘Anthem for Doomed Youth’ as he reflects on the now disowned ‘herd immunity’ concept of dealing with the virus. It ends on a message of hope, as does Janine Booth’s rallying ‘Where Art Thou, Capitalism?’, a tour de force which reflects how the UK government tore up its economic rulebook in tackling the dire income effects of the pandemic (“None are sneering now at stuff for free”). It also warns:

But keep your guard for when the crisis passes

And profit-praisers raise their voice anew

When corporate beggars claim their places as masters

Remember solidarity got us through

Four months on, we’re still a long way from getting through it. Proceeds from this book will got to an organisation called We Shall Overcome, “to help its work in resisting austerity: a raised fist and a helping hand”. Whatever your political standpoint, I would recommend this anthology as a fascinating example of the wave of poetic creativity that this time has inspired and released. The early days of the pandemic. A moment in history.

CoronaVerses: poems from the pandemic, edited by Janine Booth and Attila the Stockbroker, Roundhead Publications, £8 (ebook £3)

◄ 'I wanted a real live reacting audience ... live streaming isn't the same thing at all. But now I've been converted to the potential of online gigs'

Review » 50 Ways to Score a Goal and other football poems: Brian Bilston, Macmillan

I should also say that there are quite a few familiar Write Out Loud names in this anthology ... Laura Taylor, Gordon Zola, Paul Waring, Ian Whiteley, to name but a few.