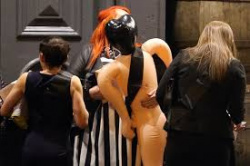 (A true story; in as much as any dream is true!)

Our Sam dropped by to wish us well

But also had a tale to tell;

Now, I could tell it but I’ll let Sam

That’s No.2 daughter…….Not quite right in the head.

“Last night I had a horrid dream

The worstest nightmare’s ever been;

As I was walking down the street

I got swept up and off my feet.

He said “Zis is a high jacket”

For him this was no laughing matter

He should have picked some bird less fatter

I kicked his shin and cracked his jaw

But he pushed me through the van’s side door.

It was a squeeze I can tell you.

Well, we drove up and we drove down

Until we drove right out of town

We sat together side by side

I started to enjoy the ride.”

(She’s a bit simple is Sam)

“I’m thinking this is kinda fun

Until he pointed with his gun

This somewhat changed the scenery

And now began to worry me.

Then when at last we stopped the man

Gestured me get out the van’

I joined a bunch of thirty more women

And I guessed the score.

Now, at last, the thought awakes

And thought ‘Oh well, that’s not so bad’

Plenty of beach to play on.

But when they split the group in two

The penny dropped; I got the clue;

See, one group were all lovely lookers

The gangmaster then raised his finger

And points me to the bunch of mingers;

But this was what upset me most;

They never would pull down my kecks

And use me as a slave for sex;

Not for me some Arab beast

And shagging in the Middle East;

I was sent with all the duds

To Norfolk’s fields to pick the spuds.”

This dream had Sammy most upset –

Thanks Po. I always explain at Open Mics that I can't sing and I'm not much cop at playing either. But that I am, however, always the best looking there.

The singing postman is turning in his grave.
lol

The sound bite is fantastic...

I am so in awe of your talent.

Hang on what the!

This poem is rubbish the worse you have ever come up with.

Po Norfuck and proud on it.

I told my mum and sister about this she agree n all.