You can do more than just clap for the NHS – support its staff by entering our Beyond the Storm poetry competition!

Write Out Loud has launched its most ambitious poetry competition yet, to raise funds for the NHS Charities Together COVID-19 Urgent Appeal. The Beyond The Storm Poetry Competition  – for poems about the lockdown and beyond will be judged by award-winning poet Andrew McMillan and is supported by the BBC Casualty team, who will recite shortlisted entries on video for a special ‘People’s Vote’ category alongside the competition winners. We’re looking for poems about life under lockdown, and what the future may hold in the aftermath.

Andrew McMillan said: “I’m looking forward to spending some time in isolation with your poems!  Poetry has a unique ability to reflect on what is happening now but also imagine a different world which might emerge. Be bold and be brave.”

Unlike most poetry competitions, there will be no cash prizes for the winners. This is because the aim is to raise as much money as possible for the NHS Covid-19 appeal, which gives grants to enhance the well-being of NHS staff and volunteers caring for Covid-19 patients.

The money will be raised through competition entries and other donations, which are optional – but also essential! Selected poems will appear in a competition anthology. The deadline for entries to the competition is 19 June, and the winners will be announced on 8 August.

Kirsty will be joined by fellow Casualty actors including Gabriella Leon and Olivia D’Lima who will recite shortlisted entries on video for public vote alongside poetry judge Andrew McMillan’s competition winners. With the support of Casualty producer Dafydd Llewellyn, the actors have also created a promotional video for the competition’s launch, see above. 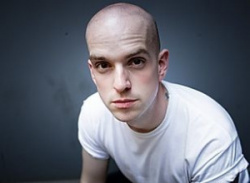 Andrew McMillan’s debut collection physical was the first poetry collection to win The Guardian First Book award. It also won the Fenton Aldeburgh First Collection prize, a Somerset Maugham award (2016), an Eric Gregory award (2016) and a Northern Writers’ award (2014). In 2019 it was voted one of the top 25 poetry books of the past 25 years by the Booksellers Association. His second collection, playtime, was published by Jonathan Cape in 2018, and won the inaugural Polari prize. He is senior lecturer at the Manchester Writing School at MMU and lives in Manchester. The inclusion of a popular vote may come as a surprise, but Andrew McMillan said: “I want this to bring in serious, considered poetry, but also to have a broader, public appeal, to boost donations at this most critical time in NHS history.”

The first donation has been Andrew waiving his judge’s fee. Write Out Loud’s fundraising target is £10,000. The money will be sought via competition entries, the ‘People’s Vote’, online video views, and anthology sales.

Write Out Loud’s founder, Julian Jordon, said it was hoped that the anthology of winners and other top entries would “act as a valuable poetic record of what must be the strangest period in all of our lives to this point, and record our hopes for a better future, beyond the storm”.

Why not write a poem for Beyond the storm poetry competition supporting NHS Charities Together Covid-19 urgent appeal?

◄ 'Where Did All The People Go?' Carla Mellor's lockdown words for children

Please help us spread the word, to raise funds for our beloved, brave, tireless NHS staff ► 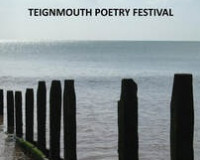 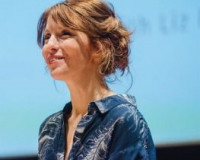 Competitions » Resilience is the theme for Freedom From Torture poetry competition