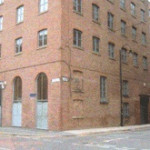 Events held at this venue