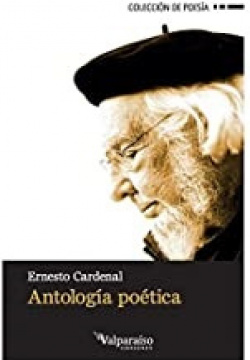 Father Ernesto Cardenal, a Nicaraguan poet, priest and political revolutionary, who opposed first the ruling Somoza family dynasty and later the leftwing Sandinista party that took its place, has died in Nicaragua’s capital Managua at the age of 95.

In Nicaragua, the government of Sandinista leader Daniel Ortega ordered three days of national mourning, despite having persecuted Father Cardenal after he resigned from the Sandinista National Liberation Front (FSLN) in the early 1990s.

Father Cardenal fought with a revolutionary group in his late 20s, then emerged as a leading advocate of liberation theology. He offered mass to Sandinista revolutionaries in the jungle, and later joined Ortega when his forces marched into Managua in 1979 and toppled the Somoza family, whose rule had lasted more than 40 years. After saying that that “the triumph of the revolution is the triumph of poetry,” he was for nearly a decade Nicaragua’s minister of culture, angering the Vatican with his mix of politics and religion.

He served in the Sandinista cabinet alongside his brother, education minister and fellow Catholic priest Fernando Cardenal, who died in 2016. In 1984 he was suspended from the priesthood, and was only absolved a year ago by Pope Francis. By then, he had become an outspoken critic of Ortega, whose party was accused of rampant corruption and human rights abuses.

“It was a beautiful revolution. But what happened is that it was betrayed,” Father Cardenal told the Agence France-Presse in 2015. “There is now the family dictatorship of Daniel Ortega. That’s not what we fought for.”

He was born in Granada, on the shores of Lake Nicaragua, in 1925. After graduating from a Jesuit high school, he studied literature at the National Autonomous University of Mexico and at Columbia University in Manhattan, where he immersed himself in American poetry. “From Ezra Pound, William Carlos Williams and Marianne Moore he borrowed the belief that poetry is a public language of precise documentary facts that he called ‘exteriorismo,’ ” said professor Harris Feinsod, author of The Poetry of the Americas: From Good Neighbors to Countercultures.

“At the same time, from Latin American poets like Rubén Darío and Pablo Neruda, he took the belief that poetry could be a vehicle for Latin American nations to craft independent political visions,” Feinsod said. Poems such as ‘Zero Hour’ and ‘With Walker in Nicaragua’ traced the history of US imperialism through figures such as Sam Zemurray, the head of United Fruit Company, and William Walker, who conquered Nicaragua in the mid-1850s.

Father Cardenal began writing poetry as a young man, tracing the history of Nicaragua and Latin America as epics in blank verse. Much of his poetry, though, was intimate: love poems that recalled the longings of his youth, or his ‘Prayer for Marilyn Monroe’, in which he describes Monroe on her deathbed in 1962, “like someone wounded by gangsters/stretching out his hand to a disconnected telephone.”

Fascinated by evolution and its lessons for politics, Father Cardenal in the 1980s began to incorporate science into his poetry. He developed the theme until the end of his life, marveling at the origins of the universe and the mysteries of DNA — sources of awe that in his vision brought people closer to God.

The most recent complete collection of Father Cardenal’s poetry published in English was Pluriverse: New and Selected Poems (2009). The final poem was ‘Stardust’, a meditiaton on death, which concluded:

And the galaxy was taking the shape of a flower

the way it looks now on a starry night.

Our flesh and our bones come from other stars

and perhaps even from other galaxies,

and after death we will help to form other stars

We come from the stars, and to them we shall return.

'Some rituals of this good earth continue' ►