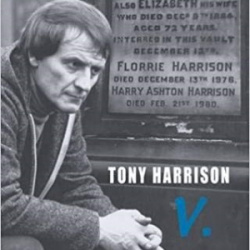 A number of MPs recently signed a Commons early day motion in support of the work of poet Tony Harrison. The motion was sponsored by six Labour MPs, and signed by a number of others. The motion says:

“That this House welcomes the fact that in March Tyneside cinema is hosting a retrospective of Tony Harrison's film poems and encourages further such retrospectives; recognises that Leeds-born poet Tony Harrison, son of Florrie Horner and baker Harry Ashton Harrison and recipient of the Whitbread Prize for Literature, the European Prize for Literature, the David Cohen Prize for Literature, the PEN Pinter Prize and someone who ruled himself out, on principle, from becoming Poet Laureate and was proud to accept the Leeds Award, not only made poetry his job but became one of the greatest poets in history; notes the incredible range of his poetic work from poems in a myriad of forms including sequences of sonnets to translations, plays, film poems and librettos; admires his lifelong quest for a public poetry and his commitment to use his poetic craft to give a hearing to the working-class and victims of war and genocide; believes that establishment criticism of his long poem V, including the 1987 Early Day Motion entitled Television Obscenity, itself showed why that poem, one of the greatest of the 20th century was so necessary and important; believes that his 1998 film poem Prometheus is fit to be ranked alongside the work of Aeschylus and Shelley on the same subject and should be made available as widely as possible; and recognises that throughout his life he has always written, and spoken, for the people.”

Harrison grew up in working-class Leeds in post-war “austerity Britain.” He won a scholarship to Leeds grammar school, and later read Classics at Leeds University. The current poet laureate, Simon Armitage, has said he was "impressed with the way [Harrison] deals with his upbringing and background in his poems, and more specifically, his accent … Who'd have thought that some of t'most moving poems in t'language would have been composed in a form of English normally reserved for sheep-shaggers and colliers?"

Background: Tony Harrison’s v. and the commodification of outrage

◄ 'Some rituals of this good earth continue'