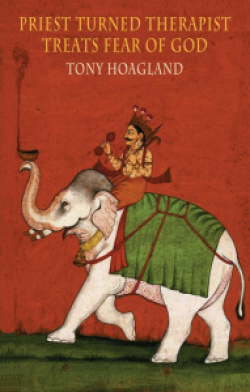 The American poet Tony Hoagland died in 2018 aged 64. This Bloodaxe collection can serve as an introduction for those previously unaware of him, and should leave them wanting to read more of his work. His conversational, long-line and generous poetry is often also humourous, even though he retained a sharp view of humanity.

Several poems in this collection were written when he was already ill and undergoing treatment. In this poem his approach to death is thoughtful, and embraces the natural world:

because now that I’m dying, I just go

and second thoughts, not getting snagged, just continuing

which seems to naturally expand

to include sunlight and wind

Even when he is in a different, self-pitying mood, humour is never far away. This poem begins:

In the hospital waiting room, seated in my plastic chair,

I think about Leonard Cohen and start quietly to cry.

I’m glad no one is watching, because I can see

onto the cadaverous Canadian singer

whom one critic called ‘the world’s leading producer

(‘In the Waiting Room with Leonard Cohen’)

But there is so much more to Hoagland, even at this time, even in this collection. I and my Write Out Loud colleague David Andrew encountered him at the Aldeburgh poetry festival in 2015, where he performed a number of poems laced with anger at consumerism and commercialisation. One of his preoccupations is trees, and in ‘The Romance of the Tree’, he mourns the loss of one cut down to provide paper for a soft-porn novel. He also empathises with his mother and with her discovery of his father’s Playboy magazines:

how could she sympathise with Miss December, that dimwit,

accidentally caught out in the snow

wearing nothing but a fluffy bunny tail and five-inch heels?

I wish I could go back and defend her from her life,

whose door at that moment was slowly drifting shut;

I wish I could know what those hours were like

in the empty, air-conditioned house

‘Moment in the Conversation’ is a rueful lesson in gender etiquette for the older man. ‘Real Estate’ gives you a glimpse of Hoagland’s credo:

My heroes are the ones who don’t say much.

They use plain language even when they listen.

They stand back and let you see it for yourself.

Yet death inevitably overshadows this collection. Towards the end there are two wonderful poems that exemplify Hoagland’s observational powers about “When you are sick for the last time in your life”, as well as his spirit and wonder:

you will begin to see the plants and flowers of your youth.

delicate beyond your comprehension

And gaze at them, just as you did before.

Because this restitution of your heart is coming,

you need not fear the indignities of death and growing old.

Now you sit on the brick wall in the cloudy afternoon, and swing your legs,

happy because there never has been a word for this

as you continue moving through these days and years

where more and more the message is

not to measure anything.

A final section of poems from a previous collection gives a glimpse of Hoagland before his illness, from his amused glances at fellow gym users, to “the art of spreading flattery on people”, and to his mother once applying her hot iron against her skin, in silent protest.

Tony Hoagland employs the tangle of nearby shrubbery in his neighbourhood as a metaphor for his state of mind - and you can find valuable and uplifting nuggets of wisdom within nearly every poem in this collection. Underlying it all is the sense that, in the right circumstances and in the right frame of mind, it is possible to go gently into that good night.