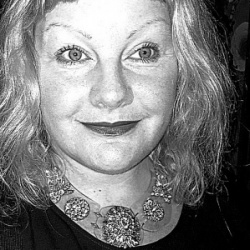 Jane Burn has won the £400 first prize in the Wolverhampton literature festival poetry competition, run in conjunction with Write Out Loud, and judged by West Midlands poet Roz Goddard. The competition once again proved to be immensely popular, attracting over 650 entries, with poets sending in work from every region of the UK and beyond.

First prize went to Jane Burn for her poem ‘Cantabank’, which Roz Goddard said she “returned to read time and time again”. RM Francis took second prize and £150 with his poem ‘Chad’, which was judged to be “a poem of both steel and silk threaded with Black Country dialect”.

Jacqueline D’Auban, Colin Little, and Catherine Edmunds won £25 each for their third place poems, ‘The Uffingham White Horse’, ‘Driving by Moonlight’, and ‘Tranquility’ respectively. Roz Goddard said that all three poems held “a secret. There was a compelling mystery to each of them … that indefinable something that left me gazing into space, smiling.”

In addition, the following poets had shortlisted pieces which will appear in the competition anthology:

There will be an award ceremony at Wolverhampton literature festival on Sunday 2 February at 3.30pm. Four of the five winners are confirmed as attending, along with a further 14 or so of the shortlisted poets. Each will have an opportunity to read their winning or shortlisted poem, and copies of the anthology will be on sale to the general public at £7 per copy. Tickets for the event are free, but must be booked in advance. You can do that here