We Seem to Have Lost the Idea of Moderation 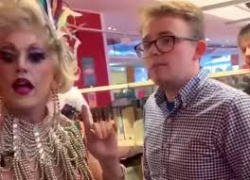 We Seem to Have Lost the Idea of Moderation

Our responses to issues

Need to be fast and emphatic

The time to make considered decisions

Sacrificed for the sake of speed and severity

We are pushed to the limit

In this era of extreme views

And have lost the idea of moderation

Opinions need to be supercharged and to be heard

We've pushed so far to the extreme flanks

That we're finding it hard to return to the centre

We have lost all sense of direction

From an accumulation of extremist ideas

That some have actually used his death

As just another opportunity to score points

Is the most pitiful thing in this sorry mess

But that's what we've come to

His family released a statement

It was considered and compassionate

It's a lesson for us all

◄ Depends on Cost They Say

Do Not Worry. All Is Well ►

Thankyou Cynthia and Po. I am surprised there has not been more comments from others on this.......

Nope I am not surprised at all... Worse than that DON

I did not expect this many lol.

Quality mate rather than quantity, that's what I aim for.

I hardly ever get either if I'm honest mate...

Thoughts/comments on a postage stamp to...

Thankyou Cynthia and Po. I am surprised there has not been more comments from others on this.......

The world is crying for our help and all we can do is mock.