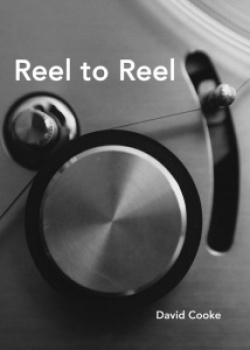 A sequence of poems about the Grimsby fishing industry, from its boom years to its washed-up present, forms the admirable centrepiece of this collection. David Cooke, who lived and worked in Grimsby for many years, has a sharp regard and appreciation for what the town’s fishermen do – or did. ‘In The Hold’ looks at the hardship involved in processing the catch aboard ship: “your fear of slicing / a finger which in the cold / you might not notice.” In ‘Apprentices’, set around 1880, he recognises the plight of such young men in this “port of outlaws”:

We came in our thousands to learn

the value of a rudimentary trade,

with droves absconding to the haven

we found in Lincoln Gaol: written off,

or slipped from the rigging, barely missed,

As a poet from a fishing town, Cooke has every right to follow in the footsteps of Seamus Heaney, Carol Ann Duffy, and many others, in writing poetry about ‘The Shipping Forecast’, the second half of his poem seen through the eyes of the woman waiting back in port and listening to the radio:

However winds are blowing,

set fair or turbulent, a litany

she whispers a prayer

to the casual gods of trawling.

Her words are only as good

The women involved in the industry are not forgotten. The ‘Braider’ “has toughened her hands / in meths and urine - / for softer hands / would blister and burn, / lacking the strength / her skills imparts / to labyrinthine cordage.” The final poem in the sequence, ‘Freeman Street, Grimsby’  - once named as a Write Out Loud Poem of the Week - looks at the desolation wrought on a town where “men now washed up at forty / nurse disconsolate pints”:

of schemes, regeneration: but who throws

good money after bad? Everything Must Go!

For this reviewer, who knows Cooke’s work, this collection is a familiar but always welcome mix. There are poems about his father’s work ethic and his Irish heritage. There are poems that reflect the poet’s love of jazz, such as ‘The Day Herbie Died’, ‘Miles Davis in Paris’, and ‘Chasin’ the Breeze’, the latter a poem about George Benson and “the track that eased me into jazz”, purchased at a time – the mid-1970s – “when mortgage rates / and temperatures soared":

How strapped for cash

and happy we were.

Cooke’s poetry of reminiscence often focuses on childhood, and here on crazes such as collecting ‘Tea Cards’, in which he acknowledges – and I can testify to – their educational value “In the dark age before Wikipedia …” He also celebrates the 60s era of black and white westerns on TV and commercials featuring a bespectacled child in cowboy gear advertising white, very sweet chocolate (‘The Milky Bar Kid’).

One of the points about David Cooke’s polished poetry is its unshowiness. It maintains a brisk, confident rhythm, eschews enigmatic endings or cryptic, obscure signposts, yet consistently delivers. It wears its knowledge lightly in poems such as ‘In Search of Lost Time’, which combines and compares his Irish roots and childhood adventures with the more delicate boyhood of the invalid Proust. Cooke’s reliance on memorising small but important things, from the days of taping pop music to the important tasks for grandparents to remember is reflected in a rueful yet uplifting  poem (‘Slippage’) towards the end of the collection, which begins with “The years are a series of small defeats”, yet ends:

And if, for the moment, a riff

eludes you, unable to name that song,

the bright spark inside your head

takes his time, but never gets it wrong.

◄ Write Out Loud says farewell and thank you to John Foggin