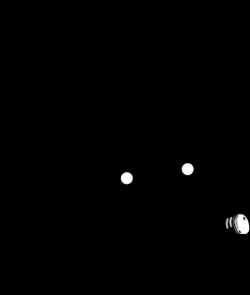 Mr Reel-Fogg came home exhausted after a hard day of talking. Those green leather benches were so confoundedly uncomfortable and one could never recline in peace.

After a brief attempt to assist Mrs. Reel-Fogg to achieve her ambition of having twelve children he fell into a deep sleep.

Around one thirty in the morning there was a confounded noise outside. He sent Mrs. Reel-Fogg to investigate and she returned saying “there’s a rather uncouth gentleman running up and down the corridor shouting that ‘the ‘ole’ fuckin’ place is on fire. Stay inside and keep yer door shut the firemen said’”.

Reel-Fogg hastily pulled on his long johns and put on his spectacles. This really was very tiresome. We shouldn’t have given Nanny the night off, he thought. Peering into the corridor, the usual lights were off and the noisy gentleman had disappeared. There was a nasty, smokey smell.

Mrs. Reel-Fogg ran to him saying “there are flames outside the window.” He didn’t think this was possible as they were on the fourteenth floor, but he determined that common sense required they should leave the building.

“But, my dear, the noisy gentleman said the fire brigade want us to stay here”. “No, Mrs. Reel-Fogg, we will make our own decisions and common sense dictates that we should leave. Get the children up and we will go to a suitable hotel.”

The family set off in the cold and dark along the corridor and started down the single, concrete staircase. Mrs. Reel-Fogg carrying the two year old while the twelve year old tried to help usher the other four children along. “Why wasn’t that confounded lift working?” Reel-Fogg shivered and stumbled on the stairs as he tried to feel the edges of the steps. “You can’t use lifts in a fire Dear. The notice inside them says so.”

Reel-Fogg didn’t reply. His bare toes had lost their feeling in the cold. The smoke was stinging his eyes and making him cough. They had got down to the twelfth floor, but the children were screaming and Mrs. Reel-Fogg couldn’t hold the two year old anymore. Suddenly the eleven year old daughter yelled that she was scared and she was going back to their apartment.

“I order you to stay with us” barked Reel-Fogg, but his coughs were louder than his voice and the screams of the kids drowned him out. He scrambled past the family, back up the stairs; eventually managing to grab the girl by her leg. She fell onto the hard, concrete stairs and her nose started bleeding. Holding his sobbing and choking daughter firmly by the wrist Reel-Fogg dragged her. They stumbled, tripped and fell over each other down to the ninth floor. Reel-Fogg had lost his glasses now. They were no longer communicating with each other. It wasn’t viciously cold now, in fact they were all sweating. The smoke was so thick it was impossible to see anything. It was so thick it was almost impossible to breathe or even cough. They wheezed.

Mrs. Reel-Fogg wasn’t sure whether the two year old was still conscious, she was bumping him down the stairs behind her.

When they reached the seventh floor, they were falling over bodies on the stairs. They couldn’t tell whether these people were dead, dying or unconscious. They couldn’t find out, they had to try to press on.

At the sixth floor the stairs were blocked with firefighting hoses. It wasn’t possible to find any grip. They all slipped, quickly on the tops of the hoses, banging heads and elbows on concrete step edges and hose connectors as they went.

They cascaded down to the fourth floor where their bruised and bleeding bodies were caught in a torrent of firefighting water pouring down the stairway. None of them was conscious any longer. They didn’t hear the hiss of heavily breathing, near exhausted firefighters in breathing apparatus lifting up the children and battling their way down to the exit and to paramedics.

Mr. Reel-Fogg never heard anything again. His neck broken he died entangled in firefighting equipment and his body had to be removed to clear the way for further rescues.

◄ The Farce of the Fright Brigade

Wow, that's quite the story!