In Her Shambles: Elizabeth Parker, Seren 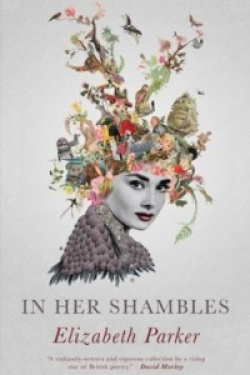 Elizabeth Parker grew up in the Forest of Dean, and currently lives on the harbour in Bristol. She has a BA in English literature and creative writing, and an MA in mythology. She has published a poetry pamphlet, Antinopolis, and In Her Shambles is her debut poetry collection, published in 2018.

There are no happy endings in this collection. The poems analyse past, upsetting relationships in symbolic imagery that refers to a natural world, and often gardens that are invaded by weeds. She observes and describes in detail, with a proliferation of beguiling images that are always to the point. In some of her poems, the author reverses the male gaze, making herself the subject who perceives, loves, suffers and judges.

In a feminine perspective of endurance, the figure of Lavinia, from Titus Andronicus, is evoked. Similarly to the poet, she keeps writing despite her hands having been cut off and her tongue severed:

scribbling from her mouth

They took her tongue, her hands

so she tried to write with driftwood, sand.

Lavinia’s story is a brutal example of abuses perpetrated on women. She is violently raped, her tongue and hands are cut off, and she is then executed. The poet, reflecting on her own sense of amputated self, keeps writing, communicating like Lavinia, weaving, tracing her thoughts “over chairs, walls, floors” (‘Lavinia Writes’). The recurrent motif of ‘hands’ - Lavinia’s amputated hands, but also referring to the Grimm story of the girl without hands - also reveals the marks of hard work, and resonances of grievances, and of the passing of time:

On the bus two women show each other their hands

brush one finger along another

pause above a joint to strum creases

in skin they’ve worn so long

they admire and grieve the time it keeps

but we keep finding new detail in our hands

We hadn’t noticed this fine work

blood in relief when we turn our wrists

Hands also imply the use of weapons, the hand of the executioner and the smooth hand of the seducer, two faces of the same coin that conspire in love:

I spent the afternoon

reading about our ancient hands

an essay arguing their evolution for use of weapons

not fruit-picking or peaceful tools.

you tapped time on my spine

until my blood re-tuned.

The hands of the pianist are the hands that can hold a life-threatening weapon, and the hands of the lover make her blood shimmer when he touches her. Passion and death merge in the Scottish ballad ‘O I’ve loved too much’, leaving the forsaken woman lost and lonely, gathering and shaping her dead, ‘suck[ing] on fingers, paws, toes’ (‘My Black Gardens’).

Parker’s poetry has a fragmented quality that renders her shattered feelings through symbolic imageries that work as metaphors and convey powerful emotions:

making light in their skin.

as light without source

selected parts of his body.

It was as if he was glowing

making light in his skin.

I still held the afterimage

of the day’s page

I can’t look at you. I keep my eyes on crockery

notice you are split between glass, chrome, china

your index finger a pink glow in the saltcellar’s skirt

Although the poet reveals a damaged self marked by break-ups and exhausted by unrequited love, she is in control. her sensual female gaze is the subject of the relationship, not the object:

fills in his lips with different reds

daubing the brush for a full mouth.

He pales while she mixes a wash

for his skin: cream, watered pink.

She slides a hand beneath him,

finds his shirt soaked in heat

where his blood has pooled.

She is the painter, not the model, the poet, not the muse. In spite of her ‘Black Gardens’, “New paint begins to blend/Gardenia rolled over our touch” and “the magnolia intact/still generous in its second flowering”. Wounded but alive, the poet recovers her tongue:

She punctured the cartridge

slid into the slit of the nib.

She is a healed Lavinia that magically reassembles her pieces. She rescues herself and “swallowed him down for good” (‘Writing Him Out’), in an almost cannibalistic act that changes the stories and reaffirms her power as a human, as a woman and as a poet.

Elizabeth Parker, In Her Shambles, Seren, £9.99

Write Out Loud at Stockport art gallery on Monday ► 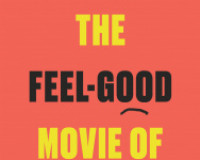 Review » The Feel-Good Movie of the Year: Luke Wright, Penned in the Margins