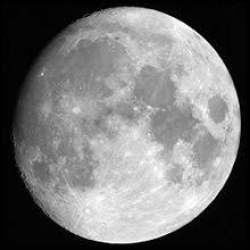 Simon Armitage has composed his first poem as poet laureate, two months into the job. The poem, ‘Conquistadors’ – reproduced “exclusively” in the Guardian - marks the 50th anniversary this month of Apollo 11 landing on the Moon.

Armitage told the Guardian: “I had been a little bit nervous, since I’d been approached, about whether it might affect my writing. But I found myself daydreaming about the moon landing, and before I knew it a few lines appeared and an idea formed … when it came down to it, [the writing] was pretty much exactly the same as always.”

The idea came to him while he was “dwelling on the memories of when I was a kid, and the moon landings, drawing parallels between something being both captivating and intoxicating, almost in a romantic way”. Philip Larkin’s description of the moon as “High and preposterous and separate – / Lozenge of love!” was another inspiration, he said, as was Robert Graves and “how he was absolutely horrified that we defiled this maternal feminist goddess with our muddy footprints”. Graves called walking on the moon “the greatest crime against humanity in 2,000 years”.

The poem concludes with a reference to then-US president Richard Nixon’s call to the astronauts from the Oval Office in 1969:

But as Tricky Dicky clears his throat

from the Oval Office,

and the gap narrows

to feet then inches,

to the next dimension

◄ 'I must have brought their home inside for fuel, heating my small house'

'Poetry is the shortest way of conveying something really big': JCC on Desert Island Discs ►