Note: No profile exists for this entry - most likely it was deleted.

Do You Ever Wonder? 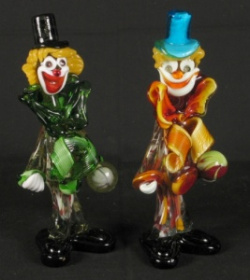 Do You Ever Wonder?

As you drive past houses,especially late at night,

Do you ever wonder?

With their curtains open wide,

what they're up to,

why or where they bought that glass clown ornament from,

with it's bejewelled colours

when they were the height of fashion,

plucked from a souvenir filled window?,

while the kiddies pestered mum and dad for fairground tickets! For ice cream,

Next door but one,frilly edged lamps in shades of pink,and blue,

line the windowsill's of the old folks home,

and jutting sarcastically out of the top,

yet have all the charm of gonhorrea,

artex, sloppily done. on the ceilings,

has been applied .seemingly with bare hands,

into rough,thick seashell shapes that scream out for a fresh lick of magnolia,

A diy job?,or done as a job on the side for andy or carl?

to finance a weekend stag do in amsterdam?

I notice question time's on in one living room

meaningless drivel has taken it's toll,

Either that, she's had enough of life,,or depression has set in,

and she's overdosed on prescription drugs

another casualty of a society that doesn't care?

by driving on,have I just seen the end of her life?,

and will I see the young woman,

in photos in national papers,

headline,”24-year old trainee solicitor with everything to live for takes her own life!” No one knew!”,(except

In another window,a young girl points in her boyfriends face

as she backs ,warily,away from him,

puffs out his chest

An old lady draws the curtains ,in the flat above the alleyway,

tears in her eyes,lost and alone,

and as she remembers frank her husband of fifty seven years,

she wonders if anythings worth living for anymore,

and considers drawing the curtains on life,

while the couple next door are turning off the lights,

and making their way to the bedroom,

ready for their nightly fuck?

Or about to make love for the first time in months?

Am I so sad myself to notice such things

Or am I simply bored with life?

Or verging on a peeping tom,

To imagine such goings on?

Not watching the road,

I could easily crash headlong,

into the nearest lamp-post,

taking a cigarette smoking teenager with me as I go,

who was rushing home to explain why he was late back from shelby's.

Armed with chewy to hide his smoker's breath just before going in  the backway?

Or deriving sadistic satisfaction from the lives of strangers,

◄ The Pensioners Are Here!

I SAT ON A PARK BENCH TODAY ►

Ha! Weird. I posted a comment on Jefferama's latest piece, which had to do with me being incurably nosy and examining the living rooms of those people who leave their curtains open wide :D :D I LOVE this!

I think I might have seen you perform in the Tudor actually, not that long ago. Anyhoo - cheers, for this poem (which makes me feel like less of a nosy mare), and for your post on mine.

Enjoyed your performance of this at the Tudor John.
Reading it allows me to digest it better and catch the bits i missed (pardon the pun) :-)

I see all kinds of sights when sitting outside homes waiting for a fare. Often find myself wondering too.
Great observations,

I was gripped all the way through. (If I'm on a train and the lights are on, I always find myself wondering too.)