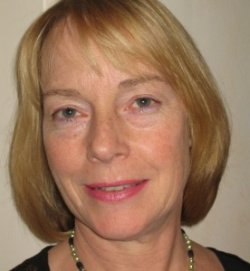 A London poet with strong family ties in south Wales has died of Motor Neurone Disease at the age of 68. Frances White, an English teacher and teacher of the deaf, published her debut collection, Swiftscape, in 2016. She was a founder member of Words poetry group, formed by the late Aeronwy Thomas, daughter of Dylan Thomas.

Frances won a number of local poetry competitions and was highly commended in the Torbay open poetry competition. Her work was published in several anthologies. She was selected by the Poetry School as poet-in-residence at Woodville Day Centre for people with dementia where she organised poetry readings in the garden for London Open Squares Weekend 2017.

She was also a regular reader at Rhythm & Muse in Teddington and Kingston, south-west London, Dodo Modern Poets in central London, and latterly at Poetry Performance in Teddington, where her husband Steve and poetry friends later read her poems for her when she was unable to. Steve and many of her friends were at Poetry Performance on Sunday night to read her poems once more, or their own poems, in her memory. Friends spoke of her good humour and determination to keep attending poetry events despite her illness. Steve read two new, unpublished poems by Frances: one was titled ‘The ghost of my former self’.

Alison Hill, poet and organiser of Rhythm & Muse, said Frances “had a flair for bringing people together, introducing poets and musicians to R&M and other venues, and helped spark enduring creative friendships. Her keenly observed poems are full of poise and clarity, as were her readings. She will be greatly missed at poetry gatherings.”

Frances White died on Christmas Eve at Princess Alice hospice in Esher. She leaves her husband Steve, three sons, and three granddaughters. Her funeral will be held on January 22 at Sacred Heart Catholic church, Kingston Road, Teddington, at 10.30am.

◄ 'I pawed away from the trunk, fumbled, and took my first step toward not returning' 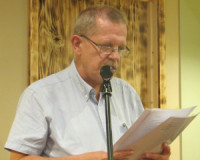 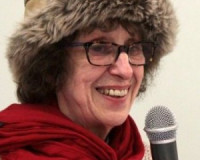