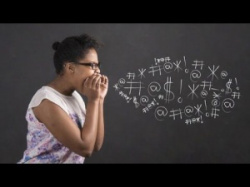 The U.S.A demonstrated the power of bomber

the Russians came out with missile power

both superpowers have worked quietly

we can see the impact of such weapons

they can reduce the heavenly homeland into hell

we are not meant to create a hell like living situation

but to create the harmonious and peaceful condition

above all, one is having a lethal weapon

more dangerous than held by any nation

and pushes you towards miseries

the tongue is considered as dangerous of all

and so everybody gives the call

not to use the language

and make its usages often

with one word, the situation is imbalanced

with so much of deterioration

◄ No use to cry

Many speak with forked tongue!

I remember as a child hearing this phrase and wondered what was implied.

Sadly age has given me its full meaning.

Join the divide so we may speak with one tongue, one voice!