Dealing with the Dead 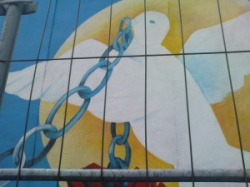 It isn't just the war dead that I remember on Remembrance Sunday. I often think about the instigators of war: the self-aggrandising politicians who drag nations into conflict, the incompetent commanders safe behind the front line while the troops go to their deaths. Can they live lives untroubled by the carnage they caused? Or do the ghosts of the dead come back to haunt them for their crimes?

This poem has never found an outlet for publication, despite many submissions, so it clearly isn't everybody's cup of tea. But it seems appropriate for today, 100 years after the close of a bloody chapter in our bloody history, and with the ghosts of Iraq, Libya and Afghanistan and the very real spectres of Yemen and Syria very much in mind. I hope it strikes a chord.

Dealing with the Dead

The wasps are the first to die:
liveried husks
strewn along the windowledge
day after day. Legs
bayonet straight.

A rat next, poisoned
behind the wainscoting.
The creeping stink, the flies.

He buries the bull mastiff
in a trench behind the orchard,
earth bruised with rotting
windfalls. Afterwards,
scrubs boots and nails
until fingers and nostrils sting
with parade gloss, carbolic.

The corpses
come thick and fast
after that. Ruins of men
sprawled down the stairs;
the young, the old,
officers
and infantry
choking up the hallway.
The brown and the grey
and the red of them. Rigid hands
praying. Names of lovers
and mummy
frozen on twisted mouths.

The grandfather clock
strikes midnight: he’s
on hands and knees
with bristle brush and bucket
amongst the bloodstains
that mark the parquet. Bleach
sopping the hem
of his nightshirt.
The burn of chlorine
in his eyes, his throat.

Excellent poem Andy! I hadn’t heard that before.

This is a superb piece of poetry. I love it