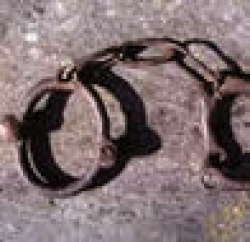 As the 200th anniversary of the parliamentary abolition of the slave trade passes, we invite North West based poets to submit original poems of up to sixty lines that engage with the theme of:  Manchester, cotton and the slave trade.

Manchester’s wealth was built on its cotton mills.  These mills sourced cotton from slave plantations of the Southern States of America.  Cotton was often brought to England by ships making the third leg of a journey that had also transported slaves to the New World.

Much more information is available in books and on websites (try amazon.co.uk or  googling slavery + Manchester )- as well as at many Greater Manchester based at museums and galleries.  The Whitworth Art Gallery has an exhibition dedicated to the theme. MOSI ?" The  Museum of Science and Industry has newly made signs pointing out the role of slavery in building up the Manchester cotton industry. There are also specially created reference notes at Bolton and Oldham Galleries.

The winning poem will be placed on Commonword’s website and the winner will receive book tokens worth fifty pounds and the opportunity to read their poem at one or more Manchester venues.

This competition is a collaboration between Commonword, MOSI and the People’s History Museum.